Since the onset of the COVID-19 pandemic, incidents of domestic violence have increased dramatically. Dr Ronagh McQuigg looks at this shadow pandemic of domestic abuse. 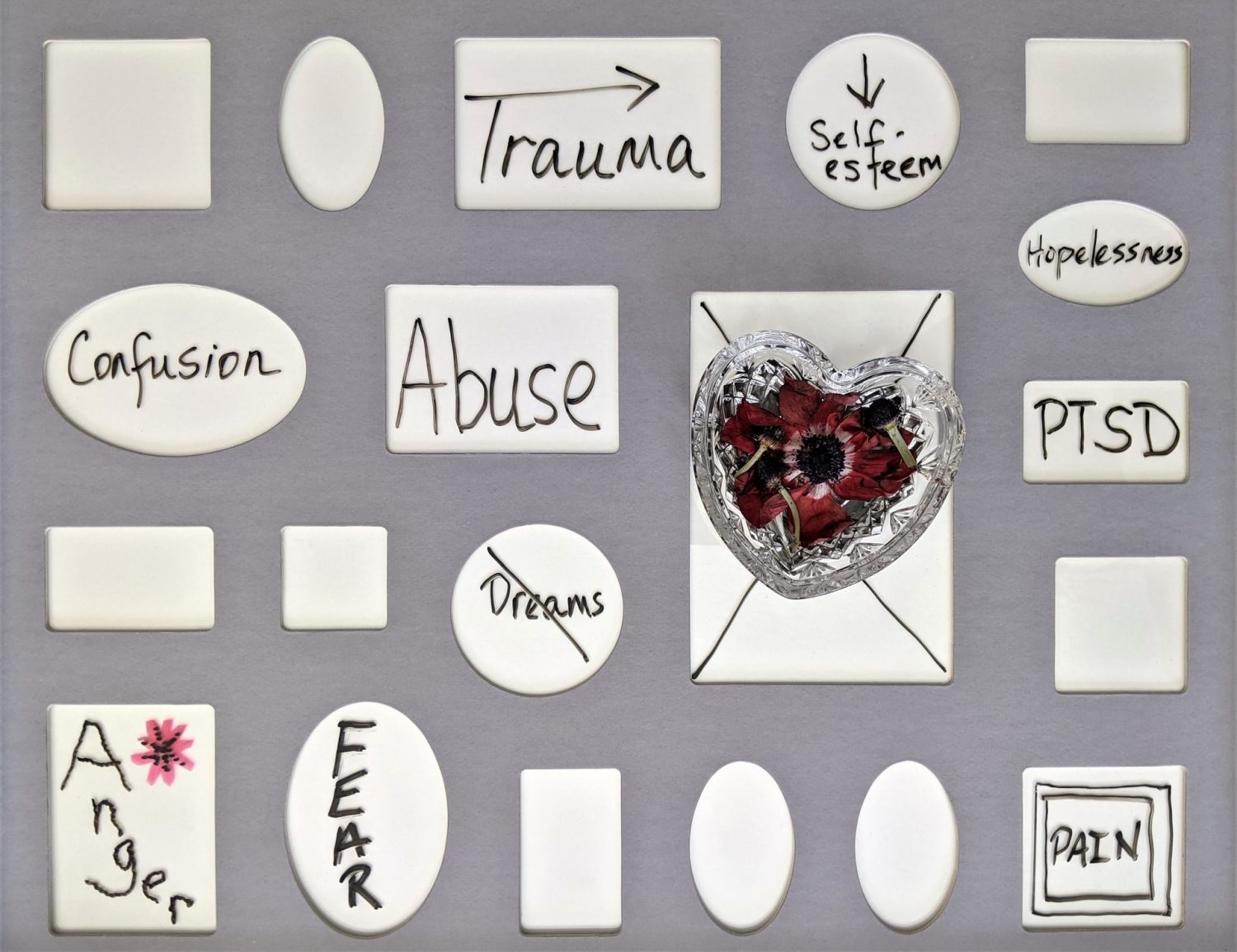 Domestic violence affects vast numbers of people throughout all nations of the world and is now well recognised as constituting a health issue.  However, since the onset of the COVID-19 pandemic, incidents of domestic abuse have increased dramatically. Those already living in abusive relationships have found themselves to be even more isolated and trapped in such situations, given the lockdown measures and other restrictions which have been imposed.

In addition, the widespread anxiety created by the COVID-19 pandemic in terms of health concerns and also financial worries has increased tensions within many relationships, all too often resulting in violence.  The increase in rates of domestic abuse has been so marked that UN Women, the UN entity dedicated to gender equality, has termed violence against women during the COVID-19 pandemic as being the ‘shadow pandemic’.

Domestic Violence during the COVID-19 Pandemic.

Studies show that since the beginning of the pandemic, rates of domestic violence have increased substantially around the world.  For example, in the Republic of Ireland, the Gardaí reported a 25 per cent increase in domestic violence calls in April and May of 2020 as compared to April and May of 2019.  In Northern Ireland, in May 2020, the PSNI had received at least 3,755 calls relating to domestic abuse since the lockdown began in March.

The nature of domestic abuse is that it occurs behind closed doors, and in April 2020, around half of the world’s population were in lockdown. According to a survey carried out by Women’s Aid in April 2020, 67.4 per cent of those currently experiencing abuse said that it had worsened since the onset of the COVID-19 pandemic and 76.1 per cent said that they were having to spend more time with their abuser.  71.7 per cent said that their abuser had a greater level of control over their life since COVID-19.

In addition, the stresses associated with both the pandemic itself as regards health concerns, and also the impact of lockdown measures and other restrictions in terms of for example financial worries, have placed additional strains on relationships which all too frequently have resulted in the occurrence of domestic violence.  For example, in the survey carried out by Women’s Aid in April 2020, 30.4 per cent of those experiencing domestic violence said that their abuser blamed them for the economic impact of COVID-19 on the household.

The situation has been exacerbated by the fact that, at the very time of rising rates of domestic violence, services available to victims were reduced.  This meant that, in effect, services were reduced at the time they were most needed.  According to a survey carried out by Women’s Aid of service providers, 84.4 per cent said that they had had to reduce or cancel one or more services, with 36.4 per cent of refuge providers having had to do so.  Also, 48.9 per cent had been impacted by staff being off work due to illness, and 64.4 per cent by staff unable to come into work as they were self isolating.  In addition, fundraising activities have been heavily curtailed due to the pandemic and 68.9 per cent of service providers who responded to the survey said that they were concerned about future loss of income from fundraising.

It must of course be stressed that neither COVID-19 nor the measures taken by governments to counteract it ‘cause’ domestic violence.  Until such times as a vaccine is widely available, lockdowns and social distancing are among the relatively few measures which governments have at their disposal to control the virus in an effective manner, and adherence to such measures when imposed is extremely important.  Domestic violence is caused by individual perpetrators engaging in abuse and neither COVID-19 nor the measures taken to control it should in any way be viewed as an excuse for such actions.  Nevertheless, it seems that UN Women are correct in their assessment that violence against women, and indeed domestic violence against men also, is the ‘shadow pandemic’.

Statement by the UN Secretary-General.

In April 2020, the UN Secretary-General called for measures to address what he termed a ‘horrifying global surge in domestic violence’, connected to lockdowns imposed by governments responding to the COVID-19 pandemic.  He pointed out that, for many, ‘the threat looms largest where they should be safest: in their own homes’, and he proceeded to make a number of recommendations to states.  These included increasing investment in online services; declaring shelters as essential services; creating safe ways for victims to seek support; avoiding the release of prisoners convicted of violence against women; and scaling up public awareness campaigns.

Report of the United Nations Special Rapporteur on Violence against Women.

In October 2020, the UN Special Rapporteur on violence against women, its causes and consequences, presented a report to the UN General Assembly, in which she stated that

‘States should ensure that restrictive measures and imposed home confinement do not have the unintended consequence of enabling and increasing violence against women and domestic violence at home.’

Given the impact of the COVID-19 pandemic and the measures taken to control it on levels of domestic abuse, UN Women has made a range of recommendations to governments and civil society organisations.  Although these recommendations relate to violence against women more broadly, rather than being focused solely on domestic abuse, they are nevertheless very applicable to domestic violence.  Also, it should be noted that the UN agencies generally view the issue of domestic violence as a sub-category of violence against women and this is reflected in the language of the recommendations.  However, very importantly it must be remembered that men also can experience domestic abuse.

Firstly, it is recommended that governments allocate additional resources to address violence against women in national response plans to COVID-19.  Services for women who have experienced violence should be regarded as essential services.  It is recommended that the capacity of shelters should be expanded, including re-purposing other spaces, such as empty hotels or education institutions to accommodate social distancing requirements.  Also, helplines and online counselling should be strengthened.  UN Women also recommends the adoption of measures to raise awareness among the police and judiciary regarding the increase of violence against women during the COVID-19 pandemic, and training should be provided for such agencies on how to protect victims and refer them to appropriate services.  Support for grassroots organisations should be ensured; and it is also recommended that data should be collected on the incidence of violence against women, including domestic violence, and on the capacity of services to respond to increased demand in the COVID-19 context.

UN Women has also made a number of recommendations to civil society groups, such as building strong advocacy in relation to increased violence against women during COVID-19; proactively challenging gender stereotypes accentuated in the context of COVID-19 such as increased household care work for women; and engaging with the media to continue to raise the visibility of increased levels of violence against women.

Until the widespread availability of a vaccine, at the most basic level, the most effective way of preventing the spread of a contagious virus is to keep people apart as much as possible.  In the absence of interaction, the virus cannot be transmitted.  This is of course the premise behind the lockdown and social distancing measures which have been implemented. However, the paradox for those experiencing domestic violence is that, while home may be the safest place to be as regards the COVID-19 pandemic, it is conversely the most dangerous place in relation to the ‘shadow pandemic’ of domestic abuse.

This is a problem to which there are no easy solutions.  Bodies such as the UN entities have certainly put forward a number of very meritorious recommendations, however even if these were all to be implemented by governments it is still unlikely that the impact of lockdown and social distancing measures on rates of domestic violence would be entirely negated.

The COVID-19 pandemic is a health issue in ways which go beyond cases of the virus itself, and is likely to remain so until such times as a vaccine is available.

Photo by Susan Wilkinson on Unsplash