Professor Richard English takes a look at developments in the US national defence strategy and what it says about the challenge of terrorism. 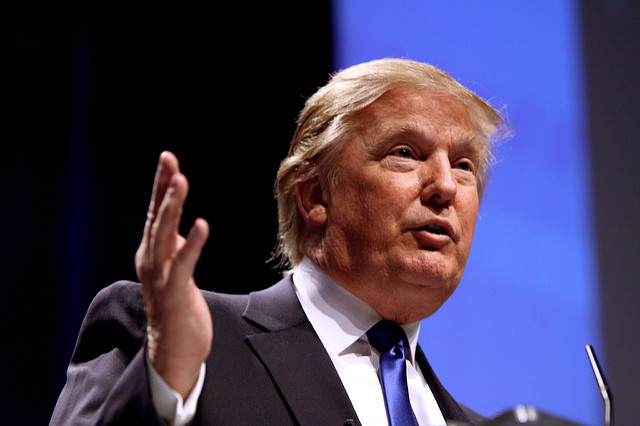 It is rare for an article by a west-European academic to begin with positive remarks about the regime of President Donald Trump.  But here goes.  On 19 January this year, the US Secretary of Defence James Mattis gave a powerful statement of US national defence strategy, in which he did what should have been done long ago: namely, to make clear that terrorism is not the most pressing challenge to American national security.

‘Though we will continue to prosecute the campaign against terrorists that we are engaged in today,’ Mattis stated, ‘Great Power competition, not terrorism’ would be the primary focus of the United States’s national security approach.

Given that the annual chance of an American being killed in the US by terrorists is around one in four million (as shown by the research of John Mueller and Mark G. Stewart), Secretary of Defence Mattis’s comments may seem to have been merely a statement of the utterly obvious.

But one of the enduring problems of the period since the 9/11 atrocity has in fact been the unfortunate tendency of the USA and its allies to exaggerate the threat from terrorism in ways that have made effective response much more difficult.

Understandably, the shocking violence of September 2001, and of subsequent assaults by al-Qaida, ISIS, or other non-state violent actors, has generated revulsion and a desire to protect people from such merciless attacks.

But a crucial element in successful counter-terrorism is a proper sense of proportion.  And, in regard to that, elements within Donald Trump’s regime have on occasions offered some helpful clarity and good sense.

Not that I support the regime’s politics more broadly.  Much that Trump himself said in his Presidential campaign, and much that he has said and done while in office, seems to me to be deeply regrettable. And his own contributions to the discussion on terrorism have often been much less shrewd than have the statements of wiser people around him.

For, in addition to Mattis, Trump is fortunate to have in National Security Advisor H. R. McMaster an extraordinarily able soldier and – as it happens – a talented scholar.  McMaster’s brilliant study of the Vietnam War (Dereliction of Duty: Lyndon Johnson, Robert McNamara, the Joint Chiefs of Staff, and the Lies that Led to Vietnam) is far better than any book that I have read by anyone currently in UK government.  (And, among other things, the book demonstrates its author’s sharp-eyed grasp of how long-established is the tendency of US Presidents to distort the truth when it has seemed politically expedient for them to do so.)

In contrast, some of President Trump’s own commentary on terrorism and political violence has been very unhelpful, as with the suggestion made in his January 2017 Inaugural Speech that: ‘we will eradicate [radical Islamic terrorism] completely from the face of the earth’.

The history of terrorism repeatedly demonstrates that one success that is open to terrorist groups is the maintenance of resistance in the face of state hostility. For President Trump to state so very publicly that he is going to achieve a counter-terrorist goal which seems unattainable, merely gives a gift to his terrorist opponents.  All that jihadist terrorists now have to do in order to gain a form of victory over the USA is to continue to exist after Trump is no longer President, which they almost certainly will manage to do (even if, as I currently suspect, he might gain a second term of office).

So keeping the threat in proportion, and setting realistic goals, lie at the heart of the best state response to non-state terrorism.  James Mattis and H. R. McMaster know this, and they and like-minded colleagues in a complex regime offer the possibility that the most powerful politician in the world will be influenced by calmly thoughtful arguments, whatever the Presidential rhetoric.

How would such a sane US counter-terrorism work in practice, and what would its implications be for the rest of us? One aspect would be an honest recognition of the causation behind terrorism. This process tends to be multi-causal (even at individual level), and to owe much to the mutually shaping relationship between state action and non-state terrorist campaigns.   ISIS did not emerge purely because of the post-9/11 War on Terror or because of US and UK foreign policy.  But the western response to 11 September, its outworking in Iraq, the subsequent chaos in that country, and the crisis of legitimacy in Iraq and Syria which subsequently developed, did create the conditions within which ISIS seemed to many to offer the best route towards political progress; and that jagged journey from 9/11 to ISIS did in part derive from contingent choices that were made by democratic states in response to terrorist violence.  As so often, it was not terrorist attacks that most decisively changed history, but state responses to such appalling attacks.

Honesty about causation can be publicly and politically painful, reflecting as it does the normality of so many terrorists and the explicability (though not the justifiability) of their brutal violence.  But it remains important, none the less, as one crucial foundation for effective counter-terrorism and for wise responses to the terrorist challenge.

Similarly, coordination between different wings of the same state and between different states facing a shared terrorist enemy is vital.  Here, again, President Trump’s volatile and sometimes abusive style of engagement does his powerful state little good; but those around him and those who represent the world’s most influential country can serve as decisive counter-weights to such damaging insults as the President sometimes generates.

Likewise, such wise voices can state and restate the importance of long-termism in responding to terrorism.  Terrorist campaigns do end (most of them without the terrorist group achieving their central, primary goals); but it can take a very long time for them to do so, as is clear from the experiences of the PLO, Hamas, the IRA, UDA, ETA, FARC, and al-Qaida.  The logic of electoral cycles in democracies tends towards short-term planning and exigencies; the logic of responding effectively to terrorism requires patience, and different wings of the state can ensure that such long-termism defines actual policy in practice, and that it restrains expectations of unrealistic victories against terrorism.

Central also is a recognition of the limits of what can be achieved militarily against terrorism. It is not that there is no role for the military within counter-terrorist endeavours. Frequently – as in Belfast, where I write this article – there has been a need for some military muscle at times. But – and again Belfast provides a good example – military methods on their own will not deal adequately with terrorist groups, and there exists a frequent danger that military methods will prompt an escalation of terrorist sympathy and action, rather than their diminution.

So are there aspects of the long history of terrorism and counter-terrorism which could guide us about how best to respond, in the twenty-first-century, to this challenge? Yes: we need to keep the threat in proportion; we should be realistic about what can be achieved in the struggle against non-state terrorists; we require effective coordination within and between states in the counter-terrorist efforts that are made; we should honestly recognize the processes of complex causation that lie behind terrorism, even where those indicate that state activity has played a significant role; we need to be long-termist rather than short-termist in our approach; and we need to recognize the limitations of what can be done through military methods.

Will the regime of President Trump adhere to such principles? The instinctive tendency of many observers will be to assume not, and they may indeed prove right. But there have been some indications from those around the President that aspects of the genuine picture are acknowledged. The coming century will be safer and less blood-stained if that is so.

Richard English is Professor of Politics at Queen's University Belfast, where he is also Distinguished Professorial Fellow in the Senator George J. Mitchell Institute for Global Peace, Security and Justice. His books include "Terrorism: How to Respond" and "Does Terrorism Work? A History". His research focuses on the politics and history of nationalism, political violence, and terrorism, with a particular focus on Ireland and Britain. Professor English is also Pro-Vice-Chancellor for Internationalisation and Engagement at Queen's University.