Professor Dagmar Schiek examines a spectacular turnaround on EU citizens’ benefits by the EU Court, asking whether this is an example of the combined impact of the threat of Brexit and the increase of war refugees? 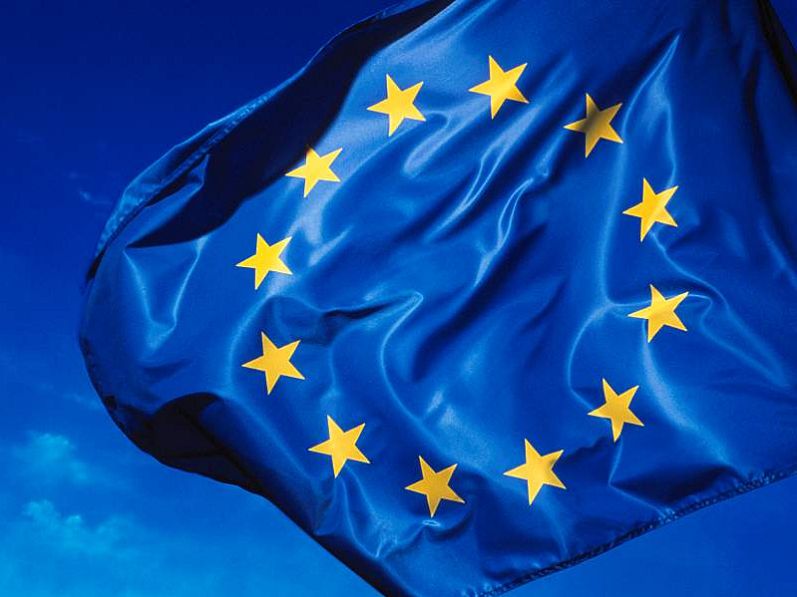 On 15 September, the European Court of Justice delivered another judgment on EU citizens’ benefit claims: Nazifa Alimanovic and her eldest daughter Sonita, 16, came to Berlin in June 2010, with unlimited leave to remain. After a couple of temporary engagements, they became unemployed in May 2011, upon which Germany withdrew their job-seeker allowance. The Court of Justice found that EU citizens entering another Member State in order to find work do not necessarily have a claim to equal treatment if they suffer a protracted period of unemployment after initially securing a post. While British journalists and bloggers welcomed the ruling as demonstrating how benefits for EU citizens can be cut under EU law, it contradicts EU legislation and the EU Treaties principle of equal treatment for mobile citizens. This article examines why the Grand Chamber chose to take course towards social disempowerment of migrants, despite this starkly contrasting with the EU’s socio-economic model.

The principles of national law

Nazifa and Sonita Alimanovic became unemployed before completing the one year waiting period required for insurance-based unemployment benefits and received “Basic Income Support for Job-seekers” (job seekers’ allowance) under the Sozialgesetzbuch II (SGBII). This benefit, while funded from the tax base, aims at active integration of recipients, while ensuring that they are able to live a dignified life. Eligible recipients must be fit to work and are under an obligation to actively seek work while accepting any reasonably suitable employment (§§ 1, 2, 8 and 10 SGB II). No one suggested that the Alimanovics did not comply with these requirements. The benefit was revoked because the legislation excludes certain groups of foreigners from the benefit, including – after a 6 month grace period – EU citizens who become unemployed after having worked in Germany for less than a year (§ 7 SGB II, FreiZüG).

Given the elevated position of equal treatment rights for mobile EU citizens, the Alimanovic family had every reason to hope for a more favourable result.

The Treaties guarantee equal treatment without limitation for mobile EU citizens in pursuit of economic activity (Articles 45 (2), 49 (2) and 57 (2) Treaty on the Functioning of the European Union (TFEU)). This principle constitutes an essential element of the EU’s socio-economic model: by guaranteeing equality at work and in regards to social benefits, it prevents mobile EU citizens from triggering a downward spiral of socially acceptable income levels in the receiving Member States. This supports the EU’s mission of maintaining the improvement of working and living conditions (Article 151 TFEU).

For economically inactive citizens, the EU legislator may restrict equal treatment rights: for them, equal treatment is only guaranteed within the scope of application of the Treaties and without prejudice to any specific provision contained therein (Article 18 TFEU and Article 21 (2) Charter of Fundamental Rights for the European Union – CFREU). Nevertheless, until 2008, the Court of Justice defended the equality of economically inactive EU citizens. Accordingly, Ms Martinez Sala as a Spanish citizen living in Germany, could not be excluded from her parents’ benefit because she lacked a formal residence permit due to slow administration of her application. Also, Mr Trojani, a French citizen living with the Salvation Army in Belgium had equal treatment rights in relation to the public subsistence payment called MINIMEX. From 1999, the Court qualified equal treatment rights, by stating that Member States should expand a certain degree of solidarity to EU citizens. While in the Grzelczyk case, decided 1999, this meant that a student from abroad could claim social assistance for the last year of his course, in the Förster case, decided 2008 the Court found that a Dutch maintenance grant for students could be withheld from EU citizens who had not accrued five years of legal residence. Overall, economically inactive citizens can only demand full equal treatment after establishing a sufficient link to the host state. These two cases also illustrate how the Court has become more demanding in a period of 9 years: a five-year prior residence criterion seems a high hurdle to jump for establishing a sufficient link to the host state. However, so far this criterion only limited the options for economically inactive citizens – those moving for work or other economic activities still have an unconditional claim to equal treatment.

EU legislation, however, supported the Alimanovics’ case. Though there are more facets of the case, we will focus on Directive 2004/38 (Citizens’ Rights Directive – CRD).

Article 24 mirrors the vulnerable position of economically inactive citizens. While under paragraph 1, EU citizens enjoy equal treatment with nationals of the host Member States in principle, paragraph 2, as an exception, allows Member States to withhold social assistance from three categories of EU citizens, namely economically inactive citizens  in the first three months of their stay, Students who are not also  working or self-employed and first – time job seekers under Article 14 (4) b CRD, i.e. those who “entered the territory of the host Member State in order to seek employment (…) as long as (they) (…) are continuing to seek employment and (…) have a genuine chance of being engaged.”

This wording harks back to  the Collins case (2004) – the where the Court held that an Irishman could not claim UK job-seeker allowance because his position as a first time job seeker was weaker than that of a former worker. Under Article 7 (3) CRD, former workers who have been employed for twelve months retain an indefinite right to remain, or for six months after shorter periods of employment. These former workers do not become first-time job seekers, though: their residence rights are maintained as long as they do not place an unreasonable burden on the host state social system (Article 7 (1), 14 (1) CRD)

Accordingly, because  the Alimanovics had worked, and were no longer first-time job seekers,  Germany could not rely on Article 24 (2) CRD in withdrawing their job seeker allowance. In addition, the Alimanovics relied on the 2009 Vatsouras & Koupatanze case: here, the Court found that “benefits of a financial nature which, independently of their status under national law, are intended to facilitate access to the labour market cannot be regarded as constituting ‘social assistance’ within the meaning of Article 24(2)”. While it left the final decision on classifying job seeker allowance to the national court, this case suggested that German job seeker allowance did not fall under Article 24 (2) Directive 2004/38.

In spite of all this, the Court justified withdrawal of the Alimanovics job-seeker allowance.

First, it stated that the Alimanovics fell back on Article 14 (4) b Directive 2004/38 after becoming unemployed. Nevertheless, the Court stressed that Member States can only withdraw jobseekers’ leave to remain on the basis of an individual assessment on whether their stay is an unreasonable burden on the assistance system. For the right to equal access to social assistance no such individual assessment was necessary (paragraphs 57 and 62 of the judgment). This finding contradicts the CRD’s wording, since the Alimanovics were not first-time job seekers, but had a right to remain unless becoming an unreasonable burden on Germany’s social system.

A further novelty of this case was the finding that German job seeker allowance mainly constitutes social assistance, in spite of the prevalent activation agenda informing the SGB II, which contradicted the Vatsouras case.

Such inconsistency is unusual for the Grand Chamber. Even more surprisingly, it contradicted Advocate General Wathelet’s opinion. This is the same AG who crafted an unwritten exception from Article 24 CRD in order to exclude Ms Dano, a single mother from Romania living in Germany and claiming job seeker allowance, although she had never worked, from that same benefit. This not only went against the established rule that exceptions from a Treaty based right must be made by the legislator and read narrowly, but also overruled the principle that Member States must end the legal residence of EU citizens instead of just withdrawing social assistance once they become an unreasonable burden. Cutting the link between lawful residence and equal treatment may well, as Jacqueson and Hylten-Havallius fear, constitute a “social bomb”.

For the Alimanovics AG Wathelet suggested that citizens who established a “real link” to their host state must be treated equally. On this basis, he proposed a distinction among unemployed EU citizens: economically inactive, mere job seekers, and those who had worked in the host Member State. For the last category, he considered an automatic exclusion from job seeker allowance as inappropriate.

Why did the Grand Chamber reject this, discarding EU social citizenship, as Fararath suggests? The explanation must be sought beyond legal rules.

First, benefits for EU migrants are seen as a sensitive issue, not least because the UK Prime Minister regularly refers to an allegedly exorbitant welfare bill to EU migrants as a reason for re-negotiating the country’s “relationship to the EU”. Other Member States also have reservations, as the restrictive German legislation used against the Alimanovics demonstrates. The Grand Chamber ruling also supports policies promoted by the EU institutions in dealing with Member States defaulting on the public-debt limits under the so called Maastricht criteria: in these cases, the institutions usually promote reducing public debt by withdrawing social benefits. Thus, appeasing UK concerns by undermining Member States’ obligations of ensuring equality of EU citizens seemed logical.

The seemingly convincing force of the Brexit threat is deeply concerning in the light of the recent increase of war refugees. Nazifa Alimanovic, who now falls between the cracks of German social law once arrived from Bosnia during the 1992-1995 Bosnian war, moving on to Sweden with her three German-born children in 1999 after Germany started withdrawing war refugee status from those fleeing the Bosnian war. Presently, many refugees from another war are arriving in the European Union. Among those welcoming the refugees are employers struggling with skill shortages. For example, media in Germany and the UK quote business voices supporting to permit refugees to work. This is also backed with the demand for more flexible labour markets. While it is laudable that someone stresses the positive impact of immigration on societies, the question remains whether it is recommendable to utilise immigrants from within and beyond the EU to initiate a downward spiral of working and living conditions. Xenophobic reactions will hardly be assuaged if refugees and other migrants accept employment on the national minimum wage, while making available all the skills connected to an engineering degree, for example.

Only if free movement is firmly linked to equal treatment in relation to all elements of social citizenship, free movement may fully realise its potential of generating an upward movement of working and living conditions. If, instead, free movers or other immigrants are relegated to illegal or precarious, underpaid work, disruptive effects on the social fabric of European societies will most certainly be the consequences.

The upcoming ruling in the Garcia Nieto case, concerning a Spanish couple who moved to Germany on marginal employment, will offer the Court another opportunity to cautiously retreat from the thin ice on which it has recently moved. While AG Wathelet again proposed that these claimants should keep their allowance, it remains to be seen what the Court rules. The Alimanovic ruling suggests that input of the EU legislator is needed to correct the EU’s course. Otherwise the Member States may fail to take a balanced approach to equal treatment, which might create an even more dangerous social bomb in the light of the recent increase of refugee immigration.