How significant was the death of Michael Collins?

In this first of three articles on the 100th anniversary of Michael Collins' death, Professor Marie Coleman reflects on how Irish history might have been different had the revolutionary leader lived 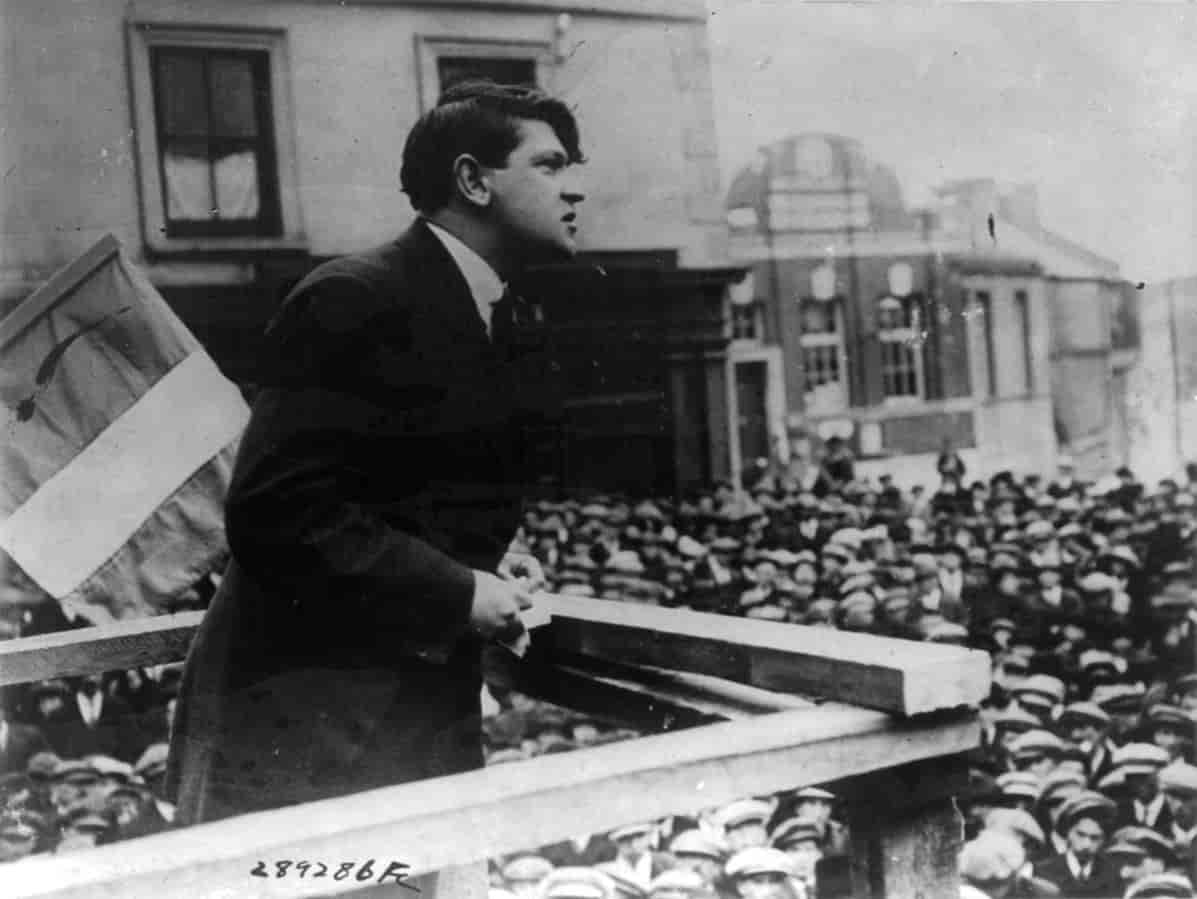 Monday 22 August 2022 marks one of the more significant dates in the Irish decade of centenaries, the one-hundredth anniversary of the death of the revolutionary leader, Michael Collins. In three reflections based on their research, historians for QUB look at the significance of Collins’s death in the context of 1922 and how his legacy and memory has been fashioned in politics and film in the intervening century.

The Irish republican leader Michael Collins, who was killed in an ambush one hundred years ago on 22 August 1922, regularly emerges top of various popular polls to select the Irish public’s favourite figure from their history. While historians usually eschew the counter-factual, there is some merit to asking the ‘what if Collins had lived’ question when considered in the immediate the context of his death.

A legitimate question arises regarding the impact of his death, combined with that ten days prior of Arthur Griffith, chairman of the Provisional (pro-Treaty) government. For the nascent state to lose its head of government and the commander-in-chief of its armed forces at a crucial point in its struggle for survival against internal armed opposition from the republican anti-Treaty IRA undoubtedly posed a serious challenge to its continued existence.

That challenge never materialised, partly because Collins and Griffith were not the only effective revolutionary leaders. W.T. Cosgrave and Richard Mulcahy filled the political and military roles respectively vacated by the unexpected deaths of Griffith and Collins. Cosgrave was one of the most experienced politicians in Sinn Féin, having represented the party on Dublin Corporation in the years before the 1916 Rising, long before it was politically fashionable or expedient to adhere to Griffith’s small Dublin-centred nationalist ginger group.

Mulcahy had been Chief-of-Staff of the IRA during the War of Independence. This is an important fact to bear in mind as Collins is often erroneously portrayed as the man who ran the organisation and the guerrilla campaign between 1919 and 1921. Collins’s role during the War of Independence had been as Director of Intelligence on the military side of the struggle and Minister for Finance on the political side, both significant and crucial roles, but he was not on the front line of the guerrilla war.

This lack of military experience possibly proved fatal for Collins when his entourage encountered the ambush at Béal na Bláth in August 1922. Rejecting the advice of Emmet Dalton to ‘drive like hell’ away from the encounter, Collins opted to engage the assailants. One with more experience of guerrilla warfare would likely have chosen the wiser evasive course recommended by Dalton. Arguably Mulcahy was better equipped to serve as Commander-in-Chief during the Civil War. In this regard a legitimate question can be asked as to whether Collins’s death had any significant detrimental impact on the Provisional Government/Free State’s eventual successful prosecution of the Civil War?

Might Collins might have adopted a less hardline approach to his former comrades-cum-adversaries in the anti-Treaty IRA, and specifically would he have resorted to the most controversial aspects of counter-insurgency including executions and apparent condoning of reprisals? Nothing in Collins’s approach to IRA since the start of the Civil War in June 1922 suggests that he would have done otherwise. While he held out hopes of a peaceful settlement, he did not refrain from the assault on the Four Courts. Arguably, he had even more at stake than Mulcahy and other military and political leaders on the pro-Treaty side. As a signatory of the Treaty he had a stronger reputational interest in ensuring that the settlement endured.

An equally complex question is how the Irish Free State might have handled relations with Northern Ireland in a post-Civil War Collinsite era. Collins had pursued a duplicitous policy to the new Northern Ireland for the first half of 1922. With one hand he negotiated with the northern prime minister, James Craig, in a series of pacts aimed at implementing aspects of the Treaty settlement, while his other hand encouraged the IRA to carry out assaults along the new border. The latter action had a dual purpose of undermining the new Northern government while using the north as an issue of common concern around which the sundering factions of the IRA could unite, at least for a while. By June 1922 his attention was focused solely on the Civil War in the south and he had largely abandoned his border campaign. An even more interesting question is how he might have handled the Boundary Commission.

One aspect of Collins’s relationship with the north that is often overlooked is that at the time of his death he was, notionally at least, a Sinn Féin MP for Armagh, elected in the June 1921 elections for the first Northern Ireland parliament. Similarly, Griffith was MP for Fermanagh and Tyrone. Sinn Féin did not recognise the legitimacy of the northern parliament so neither men took their seats. Their deaths should have occasioned by-elections but none were held. The Unionist government likely saw no point in seeking to replace non-sitting MPs but also would not have offered the significant nationalist blocs in these constituencies (Griffith topped the poll in 1921 with over 21,000 votes) the opportunity for an electoral show of strength in the emotive context of the tragic deaths of the two such iconic nationalist leaders.

A century on from his death Michael Collins’s enduring popularity owes much to the circumstances which allow him to be portrayed as the handsome and youthful leader struck down in his prime. His ascent mirrors the descent of his political nemesis, Eamon de Valera. Dying at 92, rather than 31, has burdened DeValera’s legacy with the disadvantage of being remembered as an old nearly blind man very out of touch with a modernising Ireland, living out the last fourteen years of his public life (as President from 1959 to 1973) in the rarefied isolation of the Phoenix Park. Our image of Michael Collins would likely be similar had he lived a further sixty years and died in 1982, with the ‘big fellow’ having lived as long as the ‘long fellow’.