Measuring gerrymandering: How a new statistical construct made it all the way to the US Supreme Court

Dr John Moriarty looks at the role the study of efficiency gaps played in a recent case on the redrawing of electoral districts in the state of Wisconsin. 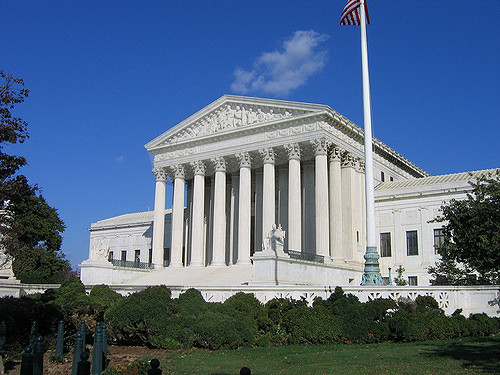 ‘Efficiency Gap’. It sounds like a measure that might be used by an engineer or a physicist. Would you hear it in a courtroom? Perhaps, in a case arising from a mechanical failure or regulatory breach. But a US Supreme Court case disputing the gerrymandering of electoral boundaries in the State of Wisconsin? Sorry, wrong room.

But so it was that during last October’s oral argumentation in the case of Gill vs Whitford, the nine justices of the US Supreme Court found themselves debating the merits of research by law professor Nicholas Stephanopolous and political scientist Eric McGhee on ‘efficiency gaps’ accruing from the redrawing of electoral districts in the state of Wisconsin. The redistricting process is being challenged on the basis that it amounts to a partisan gerrymander by Republicans designed to give their party long-term control of the state’s legislature.

The efficiency gap is a proxy measure of how much easier it is for one party to win representation based on their share of the vote versus the other. The metric is arrived at by a series of steps. First it operationalises the idea of ‘wasted votes’ and counts these up. Wasted votes are votes cast in a district which cannot realistically sway the outcome of the poll in that district, as the candidate receiving the vote already has a comfortable majority. An effective way of gerrymandering an electoral map to weaken the representation of an opposing party is to ‘pack’ large numbers of supporters of the opposing party together into a small number of districts, rather than allow that support to be sufficiently distributed as to sway several other districts.

The efficiency gap in Wisconsin indicates that Republicans need far fewer votes than Democrats to secure an equivalent number of state legislature seats. But does a high Efficiency Gap outcome necessarily signal intent on the part of those who drew up the new districts? Further research in which a large number of district maps were generated through random simulation found that an Efficiency Gap as large as Wisconsin’s was highly unlikely to be generated by a random process.

So how did this find its way into the plaintiff’s case? Surely the partisan nature of the redistricting is evident just from looking at the parties’ support under the old and new district maps. The answer lies in the 2004 Supreme Court ruling on partisan gerrymandering which found the practice not to be unconstitutional. On that occasion, the court was far from unanimous. In a 5-4 ruling in 2004, Justice Anthony Kennedy wrote in his opinion that if there could be some test of the ‘fairness’ or ‘extremity’ of the practice, he would consider revising his previous ruling.

The Efficiency Gap is being put forward by the plaintiff in Gill vs Whitford as just such a test. A judgement is now pending from the court and several outcomes remain possible. A win for either side is possible and either outcome would have wide ramifications for the movement to challenge gerrymandering practices across the US. Furthermore, either outcome could be arrived at purely on the basis of points of constitutionality and judicial restraint, with the court setting the Efficiency Gap metric to one side. It is not impossible that the court rule for the plaintiff and accept the Efficiency Gap as an impartial and objective standard which has correctly detected an instance of extreme partisan gerrymandering. This would give weight to other cases appealing partisan gerrymandering. Furthermore, from a social scientific perspective, it would make the Efficiency Gap work some of the most impactful research in recent memory.

Regardless of outcome, this serves as an excellent example of research with societal impact and public good and the transferrable lessons are worth considering.

Impact can be slow, can be non-linear, can happen in lurches and can be difficult to readily measure. Even if the US Supreme Court disregards the Efficiency Gap research presented to them, its introduction on this grand stage shifts the frame of the debate around and incentivises others to engage in efforts to use data to help tell the story.

A succinct summary of the logic and steps towards calculating the Efficiency Gap can be found by clicking here.