The Istanbul Convention – Ten Years On

The Convention on Preventing and Combating Violence Against Women and Domestic Violence (commonly known as the Istanbul Convention) was adopted by the Committee of Ministers of the Council of Europe in April 2011, and was opened for signature in Istanbul the following month. A decade on, it is an appropriate juncture to reflect on the current status of the Convention, and the impact which it has had to date says Dr Ronagh McQuigg. 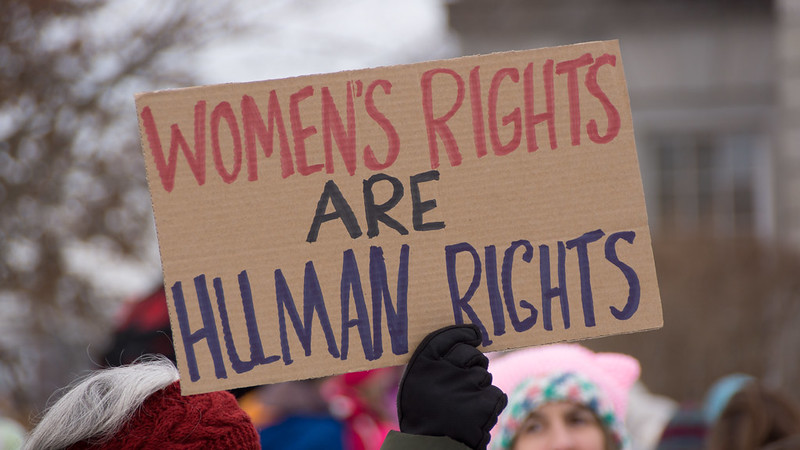 An Overview of the Istanbul Convention

The Istanbul Convention is based upon a human rights framework.  It adopts a holistic approach to addressing violence against women and domestic violence, and the duties which it places on states parties are detailed in scope.  For example, in relation to domestic violence, the Convention places obligations on states as regards areas such as ensuring that criminal justice responses are effective and that sufficient civil law measures of protection are in place; offering support services to victims; and raising awareness among society.

Most of the content of the Istanbul Convention was not however new.  On the contrary, the large majority of this had previously been articulated by UN bodies such as the Committee on the Elimination of Discrimination against Women (the CEDAW Committee).  However, none of the UN treaties refer expressly to violence against women.  Instead the statements made by the UN human rights bodies on this issue are founded on interpretations of instruments such as the UN Convention on the Elimination of All Forms of Discrimination against Women (CEDAW), and could thus be said to be based on a rather insecure footing.  The fact that the Istanbul Convention essentially put the statements which have been made by the UN bodies on a secure legally binding foundation in the European context for the states which choose to ratify this instrument is in itself valuable.

States Parties to the Convention

The Istanbul Convention came into force in August 2014 after it had been ratified by 10 states, and there are now 34 states which are party to the Convention.  Of the other 13 states which are members of the Council of Europe, 10 of these have indicated by signing the Convention that it is their intention to become parties to this instrument by ratifying it in due course.  It can be seen therefore that the Istanbul Convention has received substantial support in that 44 of the 47 states which make up the Council of Europe are either parties to this instrument or have indicated their intention to ratify the Convention at a later date.

Monitoring State Compliance with the Convention

It should be noted however that substantial difficulties with implementation affect all of the UN human rights treaties.  The implementation of international human rights law has been inconsistent, to say the least.  Essentially, it is difficult to compel states to comply with their duties.  As with the Istanbul Convention, the main monitoring mechanisms used by the UN human rights treaties are periodic reports.  However, there are significant problems surrounding these procedures.  For example, states often submit their reports only after long delays and there is usually a large backlog for the monitoring bodies which further contributes to delay.  As the monitoring mechanisms of the Istanbul Convention bear strong similarities to those of the UN human rights treaties, the question arises as to the extent to which such difficulties can be avoided.

The Reporting Procedure in Practice

Currently, 17 states parties have undergone the initial round of reporting under the Istanbul Convention.  Prior to their ratification of this instrument, the primary human rights body which monitored the responses of these states to the issue of violence against women was the CEDAW Committee.  One of the most apparent contrasts between the two monitoring procedures relates to the level of detail involved as regards state reporting on violence against women.  Completing the baseline questionnaire requires a detailed analysis on the part of the state, and the reports which have been submitted to GREVIO provide extremely in-depth discussion of the responses of the states in question to violence against women.  However, the comparison between this level of analysis and the amount of information which is provided by states on violence against women in their reports to the CEDAW Committee is striking.  It is therefore certainly the case that reporting under the Istanbul Convention requires the state to undertake a much more considered self-assessment on its response to violence against women than does reporting to the CEDAW Committee.  The level of self-assessment required for states to compile a report for submission to GREVIO may in itself be beneficial in terms of contributing towards the effectiveness of state responses to this issue.

It is also important to note that to date the procedure used by GREVIO in compiling its reports has involved not only a dialogue with state representatives, such as is the case with the CEDAW Committee, but also an evaluation visit to each of the states in question.  Again this would seem to be a positive element, in that visiting the state affords GREVIO the opportunity to gain a fuller picture than that which can be obtained through other means.

Crucially, the reports formulated by GREVIO provide a far more in-depth assessment of the responses of states to the issue of violence against women than do the Concluding Observations on states reports that are issued by the CEDAW Committee.  Indeed the full Concluding Observations documents, which address numerous issues, are much shorter than the reports by GREVIO which address only violence against women and domestic violence.

Another interesting aspect of the reporting procedure under the Istanbul Convention is the fact that states parties submit comments on the reports by GREVIO, and that these comments are published at the same time as the reports.  It seems that the provision of such comments is a useful exercise in that it gives an immediate indication of the responses of states to the proposals and suggestions made.

Another difference between the reporting procedures under CEDAW and under the Istanbul Convention is the involvement of the Committee of the Parties with the latter.  With the reporting mechanism under CEDAW, the Concluding Observations of the CEDAW Committee are essentially the final document issued to the state in question.  However, under the Istanbul Convention, the proposals and suggestions made by GREVIO are then considered by the Committee of the Parties, which in turn makes recommendations to the state concerned.

The fact that the Committee of the Parties is comprised of representatives of the states parties to the Istanbul Convention may serve to place additional pressure on states to comply with these recommendations, more so than if they were simply made by GREVIO without further authorisation by any additional body, such as is the case with the recommendations of the CEDAW Committee.  Potentially therefore this element may assist to some extent in reducing the implementation difficulties which constitute such a problem for CEDAW as well as for the other UN human rights treaties.  To date, four states parties have reported back to the Committee of the Parties.  The reports submitted are detailed documents, and it seems that substantial steps are being taken to respond to the recommendations in question.

It is certainly the case that the reporting procedure under the Istanbul Convention is much more detailed than that which operates under CEDAW.  However, while this clearly has advantages, there are also problems entailed with such an approach.  In particular, the process is undeniably very time-consuming from the perspectives of both GREVIO and the states in question.  The timetable adopted for completing the initial round of reporting as regards all of the states parties to the Convention is therefore unavoidably of a somewhat protracted nature, and a number of states were parties to the Convention for a substantial period before they were required to submit their first report.  For example, although Malta ratified the Convention in July 2014, the state was not required to submit a report until September 2019, more than five years later.  By comparison, all states parties to CEDAW are required to submit an initial report within two years of ratifying this instrument.  Nevertheless, this gradual approach is likely to be successful in avoiding the difficulties involving backlogs of reports which have proven to be so problematic for the CEDAW Committee and the other UN human rights treaty monitoring bodies.

In conclusion therefore, the first decade of the Istanbul Convention has been a success.  The large majority of states within the Council of Europe have either ratified the Convention, or have indicated their intention to do so.  States are submitting detailed reports to GREVIO, which in turn is carrying out in-depth analyses of the compliance of these states with their obligations under the Convention.

It is to be hoped that the Istanbul Convention will continue to develop as an effective force in the movement to combat violence against women and domestic violence.

The Need for a UN Treaty on Violence against Women