While the late David Trimble is most associated with Northern Ireland, an examination of his southern Protestant ancestry reveals much about the experience of the Protestant minority in the southern counties of Ireland in the early twentieth century. 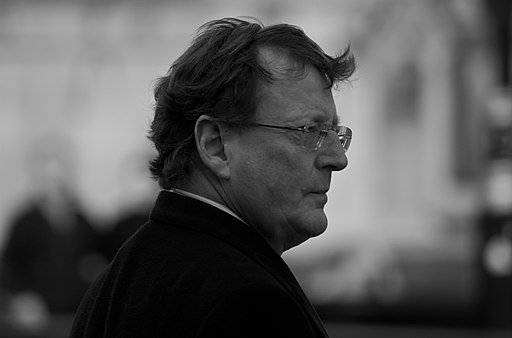 Most obituaries of the late Baron (David) Trimble reference the uncomfortable (for unionists) recognition in his 1998 Nobel Peace Prize acceptance speech that ‘Ulster Unionists, fearful of being isolated on the island, built a solid house, but it was a cold house for Catholics’. Four years later in 2002 he courted controversy with the implication in a speech, reported in an American newspaper, that the mono-ethnic and mono-cultural nature of the Republic of Ireland was equally exclusionary to non-Irish Catholics.

The latter view of southern Ireland during the independence struggle (1916-1922) and since independence as being a cold house for Protestants occasionally draws upon David Trimble’s own southern Presbyterian heritage to bolster the argument. Writing in the Irish Times in 2002, Henry McDonald, the journalist and Trimble biographer, referred to an unconfirmed ‘Trimble family legend … that his [Trimble’s] grandfather’s farm in the Irish midlands was burned down during the War of Independence’.

The farm in question, located in the townland of Sheeroe, not far from the town of Edgeworthstown in County Longford, was situated in one of the areas where the IRA was most active during the War of Independence and some Protestant farmers in the area were targeted by damage to property, pressure to surrender land and in some cases personal injury. Nevertheless, there is no record of any Trimbles seeking restitution in any of the post-conflict compensation schemes introduced by both the British and Irish government in the 1920s, although this is not definitive proof that there were no assaults on the family or their property.

At the time of the War of Independence the farm had been inherited by David Trimble’s grand-uncle, Thomas (the elder brother of Trimble’s grandfather, George, who is discussed below), following the death of their father, Alexander, in 1904. In the 1911 census Thomas was married to a local Church of Ireland farmer’s daughter, Isabella Armstrong, and had two children – Thomas and Elizabeth, with a third (Albert) born in 1913.

Attacks on Protestants in revolutionary Ireland were often motivated by an intersectional mix of political and religious jealousy as well as land envy, in a county where Protestants were disproportionately the owners of the largest holdings of agricultural land. Religion would certainly have set the Trimbles apart from their neighbours. Thomas Trimble and his two children were three of only 230 Presbyterians living in County Longford at the time of the 1911 census, accounting for less than one per cent of the county’s population. Thomas Trimble was also at one stage the Worshipful Master of the Kilglass Loyal Orange Lodge (LOL 842), though this lodge does not appear to have been active by the time of independence.

Land hunger was less likely to have been a cause of envy among the Trimbles’ neighbours. There is no indication of the size of their farm but the 1911 census would not suggest that they were exceptionally well off and in fact lived in a smaller dwelling than the only other family in their townland, the Catholic McGlyns. Nor do the Trimbles appear to have been recent arrivals in the area, with an Alexander Trimble (most likely David Trimble’s great-great-grandfather) listed as living in ‘Shreow’ in the 1825 Tithe Applotment Books.

There is no evidence to substantiate the legend that the family was targeted during the revolution. While their differing religious and political outlooks could have been seen as cause for such, the family’s long association with the region and relative lack of prosperity might explain why land hungry locals had nothing to gain from using political upheaval as a cover for such an assault. Indeed, Thomas Trimble continued living on his farm in Sheeroe until his death in 1950 at the age of 85, earning the praise of the local Longford Leader newspaper of having been ‘a sincere friend, a good neighbour, and in fact a universal favourite with everyone’.

While Henry McDonald admits that the allegation of an attack during the War of Independence was only an unsubstantiated element of handed-down family lore, he proceeded to make a much more problematic assertion that: ‘What is certain is that George Trimble fled to the relative safety of the newly formed Northern Ireland’. Dean Godson’s careful research into Trimble’s family background for his 2004 biography Himself Alone, and surviving archival records, show this claim to be completely without foundation.

The George Trimble in question was Lord Trimble’s grandfather. As a younger brother to Thomas he had no prospect of inheriting the family’s farm. In a county with few economic opportunities and a high emigration rate it is hardly surprising that George Trimble chose the option taken by many of his co-religionists, and indeed by many young Catholic men, of joining the Royal Irish Constabulary (RIC), at the age of 20 in 1895. Far from fleeing the county in the face of revolutionary upheaval, he had departed twenty-five years beforehand for economic and occupational reasons.

It was the start of a lifetime police career that saw him serve in Sligo, Armagh, Tyrone and Belfast prior to the disbandment of the RIC in 1922 (by which time he had risen to the rank of sergeant), when he joined its northern successor, the Royal Ulster Constabulary (RUC), serving a further eighteen years until retirement in 1940. His RIC service record notes his height as 6 feet and a quarter inch, unusually tall by late nineteenth century standards and no doubt a natural advantage for cutting an imposing figure as a policeman.

David Trimble’s ancestry is a microcosm of much of the southern Protestant experience of life in early twentieth century Ireland. Substantial migration of numbers from south to north, especially between 1911 and 1926, is often explained by the need to find a good job or to marry a co-religionist. While the threat and actuality of political violence undoubtedly unsettled many Protestants, once peace was restored most opted to stay on the land held by their families for generations.

And This is How it Ends? An Irish Borders Trajectory

The Specialised Committee on the Protocol on Ireland/Northern Ireland