The Turpin family: children hidden in ‘plain sight’. What child protection messages can we all learn?

Dr Karen Winter looks at the recent case of the Turpin family in America to see how and why this could happen in today's society. 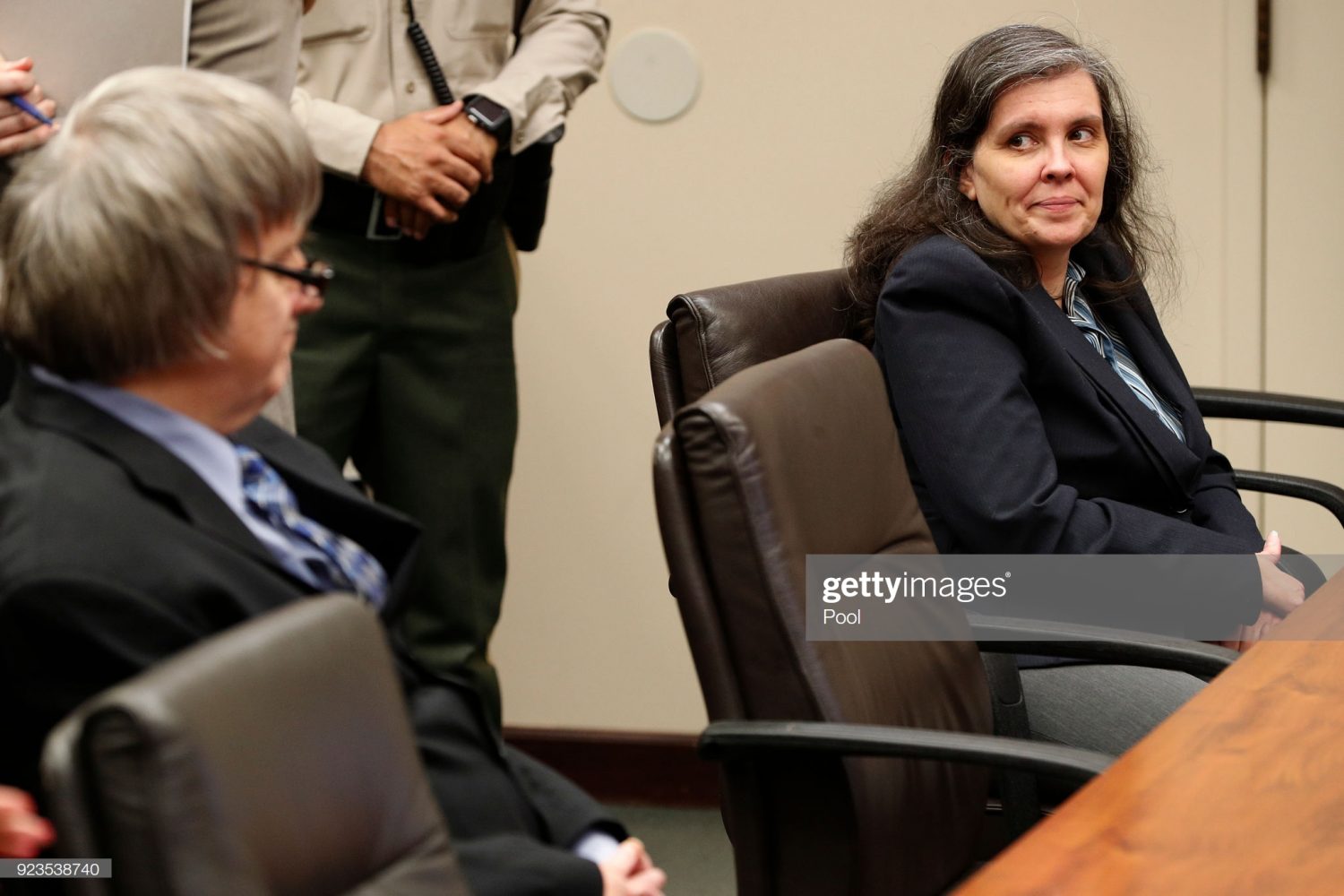 When reading a case like that of the Turpin family, one way we respond is to focus on the ‘what’; the details of ‘what happened’. We are simultaneously disgusted by the details of the case and yet also drawn to them. In this case, the ‘what’ concerns media reports, emerging first in 2018, of 13 siblings, ranging in ages from 2 – 29 years of age, who at various times and for varying periods of time, were chained up in bedrooms and denied access to food, toilets and daylight by their parents, David and Louise Turpin.

The Turpin family lived on a suburban street in a substantial property in a ‘well-off‘ area of Perris, California. Surrounded by neighbours, families with children, the façade of the Turpin house, neat and well presented, is utterly incongruent with the horror that unfolded on a daily basis for the siblings living in the property. Only in January 2018, when one of the siblings, aged 17 years, who had reportedly been planning an escape for 2 years, broke free from the house and, using an old phone, contacted the emergency services, did the private family horror endured by the siblings become a public reality.

The media seized on the story, reporting the ‘what’, with many horrific details. We found out that when the police responded to the call, they entered the property and found some of the siblings, who appeared to have been recently unchained, in dark and foul-smelling rooms and at least one further sibling chained to a bed in a bedroom. The foul smell came from the urine and faeces evident on some of the carpeted floors and walls of the bedrooms.  It was hard for the police to estimate some of the siblings’ ages because their bodies were stunted by varying degrees of malnourishment.  Further details of the ‘what’ subsequently emerged. Horrific details of the siblings being beaten, starved and imprisoned, of experiences of chronic abuse and neglect that extended, not over weeks, but over months and years.

Except, that is, for the occasions where, all dressed in the same clothes, the siblings were taken on family outings and placed on public display for family photographs. And this is where most people stop. At this point in the ‘what’ happened, most people stop because the ‘what’ becomes complicated and does not make complete sense.

However, I want to encourage people to think critically; to engage with the complexity of child abuse and child protection and to explore the ‘why’ and the ‘how’ questions. Why did the events in the Turpin family happen and how could they happen and go on for so long?

So why did this happen? We are told that Louise Turpin has a mental health disorder, that she was abused as a child, estranged from some of her family members and that she had some unusual interests. We are told that David and Louise belonged to a particular religious group and that he was older than she.

However, none of these fully explain the ‘why’. There is a danger, if we rely on these partial explanations, that these are taken as the concrete indicators of abusive parents and that our assumptions, about whole groups of people who share similar characteristics, therefore become distorted. The fact is that we know of many people who have mental health disorders; who have been abused as children, who belong to particular religious groups and who are great parents.

Therefore, in trying to ascertain the ‘why’, and as uncomfortable as it is, our resting place might have to be that we do not know why this happened; that there are no rational explanations and that we simply have to live with the unanswered and unanswerable aspects of the story’s complexity.

So how did this happen? How can it be that in modern day society, and in an affluent, populated area, that 13 siblings could be hidden away ‘in plain sight’ for so many years and be subject to such severe, chronic abuse?

Whether we like it or not there are confusing and confounding factors in the Turpin family case. There are pictures of the siblings, all well-dressed (albeit in the same clothes), not appearing malnourished out on family outings, and, indeed, appearing like the ‘perfect family’. There are reports that one of the siblings attended a local school to undertake some lessons accompanied by his mother. And there are YouTube uploads by one of the siblings that show an untidy, but not very unclean, house with one of the family’s pet dogs.

And, on the other hand, there are pictures of the inside of this, and a former property, that show soiled carpets, scratches on the backs of doors and dirty walls; of toys in their original boxes, all unopened, but on display for the children to see but not to touch. And there are the accounts by the medics, who have attended to the siblings since Jan 2018, who confirm a range of symptoms in the siblings associated with chronic abuse and neglect.

And, whether we like it or not, the uncomfortable fact is that there were a number of people in touch, at some level, with the family and these include: the Turpin’s own extended family; the neighbours; the authorities who approved the home schooling application; the GP; and those whose paths were crossed by the family when they were out on their outings.

Their curiosity was aroused in their encounters with the siblings. Neighbours, for example, reported seeing the children looking thin, reserved, nervous; of seeing them very late at night being marched in single file around the house, of being taken out of the house at night and returned in darkness. Some family members spoke of difficulty establishing face-to-face contact with the family.

Members of the local community spoke of the appalling conditions found in a house that the Turpin family had moved out of including: ropes tied to beds; urine and faeces on carpeted areas; scratches on the back of doors; bags of rubbish; and multiple dead animals.

But curiosity and concern did not translate into action. Those looking on may have felt that they had some information but not enough to act decisively (‘this is worrying, I’ll leave it for now and see if it happens again’).

Or they may have felt that they could not trust their own reactions to the information they did have (‘this is worrying but I could be over-reacting here, it might just be me’).

Or they may have been fearful of the consequences of getting involved (‘this is worrying but what’s going to happen if I report this? It might affect me, my own kids and what happens if I’ve got it wrong and the neighbours find out?’).

Or they may have been confused, like we are, by what they were hearing, seeing and experiencing.

There were also those who genuinely saw and heard nothing. Busy in their own lives, the comings and goings of the Turpin family just did not feature; a quiet family who kept themselves to themselves.

There simply was no one to advocate for the children, no one to look out for their interests.

The children had to learn, in a context of confinement and under stimulation, how to advocate for themselves. The courage taken by the 17-year-old, to leave the family home, and engage in a 20-minute telephone call with  a dispatcher, cannot be underestimated.  Her actions led the end of the abuse and to the subsequent conviction of her parents who have each now begun a 25-year period in prison.

The siblings’ combined voice is written down in the hundreds of journals they kept about their experiences that were found in the family home. These might provide further explanation about how and why 13 siblings could be hidden in plain sight.

As a qualified social worker, with over 16 years of experience in child protection work, and in exploring the ‘why’ and the ‘how’ of the Turpin case, I take away a number of lessons from this situation. These are useful for everyone to take on board because child protection is everyone’s business. And because they are missing from media reporting, I have taken to writing them down, because I think it is necessary to get the messages ‘out there’:

Dr Karen Winter is a senior lecturer in the School of Social Sciences, Education and Social Work at Queen's University Belfast. Her research is focused on: the educational outcomes of children and young people in care; the characteristics and outcomes for disabled children in care; social workers' communication with children in care; rights of children in care; supporting the design and evaluation of early childhood development programmes in low to middle income countries.