On the centenary of his execution, Dr Marie Coleman looks at the life and career of Roger Casement and the role he played in the 1916 Easter Rising. 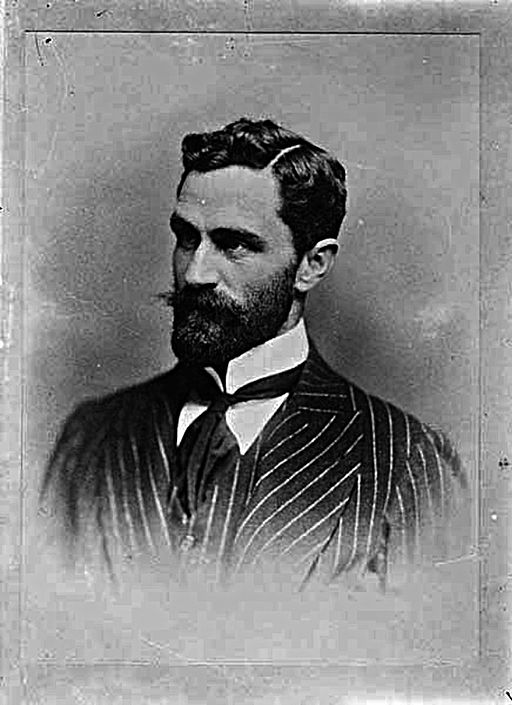 3 August 2016 marks the centenary of the execution of Roger Casement for his role in planning the 1916 Easter Rising. For many Belfast residents, the name Casement is associated with the GAA stadium in West Belfast that is currently the subject of controversial redevelopment plans. The naming of the headquarters of Antrim GAA signifies the importance of Roger Casement’s memory in Irish nationalist culture.

Yet, a glance at Casement’s early life and career in the British Foreign Office makes him appear an unlikely nationalist icon. The son of a retired Protestant army officer, he was raised in the Church of Ireland and educated at a diocesan school in Ballymena (now Ballymena Academy). Although born in Dublin, he spent much of his formative years with relatives in Antrim, following the deaths of his parents while he was still a child. He retained great affection for the area wishing to be buried there, although when the British government returned his remains to the Irish government in 1965 it was on the condition that he would not be buried in what had become Northern Ireland.

Following various employment with shipping companies in Africa, he joined the British Foreign Office, the symbol of the British imperialism and colonialism that was anathema to so many Irish nationalists. Politically during this period, he supported the British campaign in the South African, or ‘Boer’ Wars, another unlikely position for a would-be Irish nationalist hero.

As a consular official with the British Foreign Office in the early twentieth century, he played an important role in exposing the abuse of the native peoples of the Congo and the Putumayo region of the upper Amazon in South America, where murder, mutilation, torture and rape were commonly inflicted by the agents of companies exploiting the natural rubber reserves of these regions. In the Congo, which was under the personal ownership of the Belgian King, Leopold II, his revelations eventually resulted in Leopold relinquishing his hold to the Belgian government. Casement’s successes earned him awards in the British honours system, including a CMG and eventually a knighthood in 1911. The revocation of his knighthood in 1916 was a significant event and the withdrawal of knighthoods remains very rare.

It was only in the last three years of his life, following his retirement from the Foreign Office in 1913, that Casement committed himself to the Irish nationalist cause that would define his memory. His interest in Irish nationalism appears to have been influenced by the Irish revival of the early 1900s and the strong Ulster flavour to it which he encountered through his Antrim connections.

The Easter Rising would possibly not have taken place without Casement’s preparatory work in the preceding three years, but also would have been called off if he had succeeded in getting his way. In 1913, Casement was involved in the foundation of the Irish Volunteers, the largest body of 1916 rebels, and in 1914 played a key role in purchasing the arms used by the Volunteers that were imported into Howth from Germany, and without which the Rising could not have been initiated.

By the time of the Howth gun-running, Casement’s actions had come to the attention of the British authorities and it was unsafe for him to return to Ireland. He remained in Germany where he failed miserably in an effort to recruit Irishmen who were British army prisoners of war to aid the Rising. He also acquired more guns from the German government to be sent to Ireland to assist the Rising, although the quantity was small and the quality poor.

Returning to Ireland on a German U-boat that was accompanying the guns aboard the Aud, Casement had already concluded that the planned Rising could not succeed and it was with the intention of trying to convince the leaders to call it off that he returned to Ireland. On Good Friday, 21 April 1916, a failure of communications with the local volunteers in Kerry, where he and the guns were supposed to land, resulted in the arrest of Casement by the local Royal Irish Constabulary and the scuttling of the Aud off the coast of Cork. The fate of both Casement and the Rising were sealed.

Convicted of treason under a fourteenth century statute, Casement was hanged in Pentonville Prison following a failed appeal. The most controversial aspect of his life and subsequent reputation emerged during the trial – that of the so-called black diaries. These refer to diaries kept by Casement in the 1910s which detail numerous homosexual encounters, many apparently with younger men and possibly male prostitutes.

For many years, Casement’s defenders have argued strenuously that these were forged in an effort to blacken his name, ensure that any appeals for clemency would not succeed, and avoid turning him into a martyr like the rest of the 1916 leaders in the belief that Catholic Ireland would not venerate a homosexual. Scientific analysis of the diaries in 2002 suggests strongly that they were genuine, although some naysayers remain. There are other strong arguments in favour of their authenticity. If the British had forged them, it was not very wise to retain the evidence, eventually allowing public access in 1959. The extent of the forgery would have been quite considerable and executed in remarkably quick time, when something smaller could have done the job just as effectively.

There is no disagreement that they were used to destroy his reputation. The aim of ensuring his execution was successful as many prominent figures in Britain refused to support an appeal for clemency following the revelations. However, the hope that Casement would be quietly forgotten by Irish Catholics embarrassed by the details of his personal sexual proclivities failed utterly. The crass effort to denigrate Casement’s reputation, combined with a genuine belief for many years that he could not possibly have been a homosexual, preserved Casement’s place as one of the revered ’16 of 16’ – the sixteen men executed following the Rising. Casement’s death-bed conversion to Catholicism, which allowed for a funeral in the Roman Catholic Pro-Cathedral when his remains were repatriated to Dublin in 1965, would also have pleased many in the Ireland of the time. The British government got what they wanted in the short-term, but not in the longer-term.

One hundred years on in a state that has legalised marriage equality, Roger Casement’s homosexuality has ceased to be a source of embarrassment. His memory will be commemorated for his contribution to the Easter Rising, which set in train eventual Irish independence, and for his humanitarianism.

How to mark the Easter Rising in Northern Ireland