As Barack Obama's eight years in the White House come to an end, Dr Julie Norman looks back over Obama's efforts to resolve the Middle East crisis. 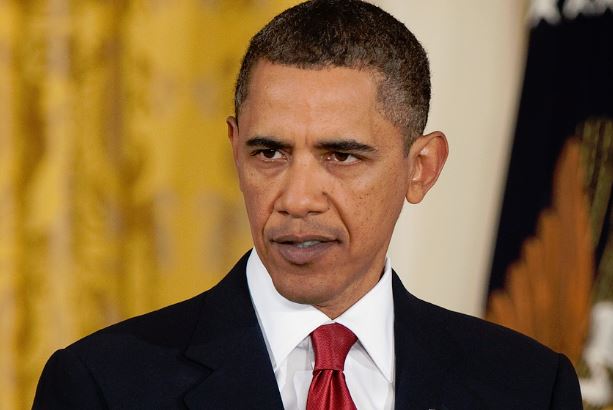 One of the few things that Israelis and Palestinians have agreed on in the last eight years is that Barack Obama let them down. In the US as well, both Democrats and Republicans have criticised the administration for leaning too hard on Israel, while simultaneously parroting that the US president is “leading from behind” in the Middle East.

But is all this really fair? Yes, the Obama administration made a number of missteps in Israel-Palestine. But they say less about Obama’s leadership on the issue and more about the local, regional and political constraints that stood in his way – and which the Trump administration will face in turn.

Obama began his first term boldly and optimistically on all fronts – and the Middle East was no exception. In a still-remembered June 2009 speech at Cairo University, he addressed the Israel-Palestine conflict directly, calling on Palestinians to abandon violence and develop stable governing institutions, while calling on Israel to halt the construction of settlements and respect Palestinian rights and aspirations. He noted that while the US could not impose peace, it would align itself with those working towards a two-state solution.

The Cairo speech was well-received at the time, but it ended up backfiring. By doubling down on the new administration’s call for a settlement freeze, the speech simultaneously rubbed the Israeli leadership the wrong way and prematurely raised Palestinians’ hopes.

In the days before and after the speech, the call for the freeze was openly defied by the Israeli prime minister, Benjamin Netanyahu. The blowback prevented the administration from making any further bold moves on Israel-Palestine policy in Obama’s first term – and when the administration dropped its call for the settlement freeze just three months later, it disillusioned all those who expected Obama to take US policy in another direction.

This theme of optimism frustrated by political reality came to define the administration’s efforts.

Meanwhile, in February 2011, Palestinian disillusionment regarding Obama’s commitment gave way to cynicism when, despite the rhetoric against settlements, the US vetoed a UN Security Council resolution condemning Israeli settlements as illegal. (Indeed, the Obama administration was the first since 1967 to block all UN Security Council resolutions that specifically criticised Israel).

Obama’s second term followed a similar pattern, this time starting with a speech in Jerusalem in March 2013 calling on both parties to make compromises for a “just peace”, followed by a hard push for negotiations led by Obama’s second secretary of state, John Kerry. But after months of shuttle diplomacy and direct negotiations between top-level officials, these talks finally failed in March 2014.

When Israel’s Operation Protective Edge resulted in the deaths of more than 2,100 Palestinians in Gaza in July and August that summer, the US continued to resupply the Israeli military with ammunition – even as administration officials bemoaned their lack of diplomatic leverage with Israel to halt the operation. In September 2016, the longstanding military aid agreement was renewed at its highest level ever, committing the US to $38 billion in military assistance to Israel over the next decade.

To understand the administration’s “failure” to make meaningful progress on Israel-Palestine, we have to look beyond Obama himself and recognise that there are far stronger forces at work than the president’s own views and impulses. American Middle East policy is not formed in a vacuum; it’s inevitably hostage to politics, both at home and abroad.

A friend in need

In the Cairo speech, Obama correctly noted that the US could not impose peace, and challenged the Middle East’s leaders to take a more active, engaged role. But in the end they seem to have disappointed him – Netanyahu especially. As the journalist Jeffrey Goldberg writes: “Obama has long believed that Netanyahu could bring about a two-state solution … but is too fearful and politically paralysed to do so.”

The Obama team’s attempts to placate Netanyahu only alienated Palestinian leaders, especially in the 2013-2014 negotiations, and the US’s image as a biased broker serving Israel’s interests was ultimately reinforced.

There was yet another complicating factor: at the same time as the failed Israeli-Palestinian negotiations, the administration was pursuing the nuclear deal with Iran, which only deepened the rift between Netanyahu and Obama. In March 2015, a few months before the deal was finally struck, Netanyahu circumvented the White House to deliver a controversial speech to the Republican-controlled US Congress arguing against the deal in March 2015.

Beyond Iran, the balance of interests in the Middle East shifted enormously during Obama’s tenure as other crises emerged to take precedent. Most notably, when the Arab uprisings shook the Middle East in 2011, both American and Israeli priorities shifted away from Palestine to the stability of the region as a whole.

In particular, the ousting of Egypt’s Hosni Mubarak and the shortlived reign of the Muslim Brotherhood reset US and Israeli focus on preserving the Camp David Accords that had kept the peace between Israel and Egypt since 1979, constraining the Brotherhood’s influence in Hamas-controlled Gaza and maintaining order in the Sinai.

The imperative to cooperate with Israeli and Egyptian security and intelligence only increased in Obama’s second term, as the US sought to contain Sinai-based groups who pledged allegiance to the so-called Islamic State. The administration’s leverage as a peace broker in Israel-Palestine never fully recovered.

At the same time, Obama was also constrained by domestic US politics. Almost anything designed to put pressure on Israel was rejected by Congress. His only real domestic victory on Israel policy came with a military aid package that he managed to keep smaller than Netanyahu wanted – and which included a controversial measure that limits Israeli lobbying in Washington.

So all in all, what sort of legacy does he leave? There has been speculation that in the last months of his term, Obama might propose a Security Council resolution laying out the parameters for a two-state solution to the conflict. If such a resolution were passed, it could potentially reset the peace process, and open up new opportunities for more intense American engagement.

But Donald Trump has yet to lay out his Middle Eastern priorities in any detail. Whatever they might be, he and his administration will still face the same local, regional and political constraints as Obama. And all the while, the Israel-Palestine conflict itself will only become more intractable.