Paula Rogers of Include Youth and Dr Siobhan McAlister argue that grounding paramilitary abuse against children in the language of rights not only gives voice to children’s experiences, but highlights the obligations of duty bearers to protect, prohibit and respond to all forms of violence against children. 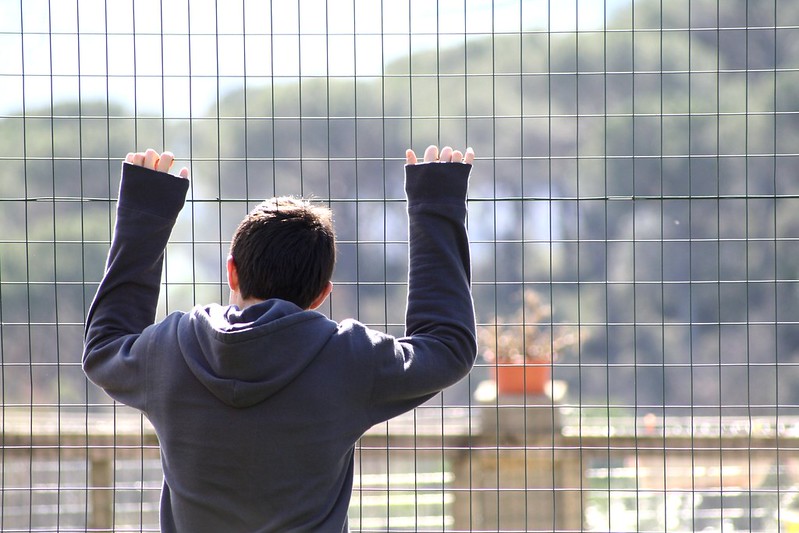 In June this year, over 20 years since the signing of the Good Friday Agreement, the UN Committee on the Convention Against Torture (UNCAT) reported in their Concluding Observations for the UK, concerns about the continued exposure of children to paramilitarism through ‘punishment’ and recruitment:

The Committee reiterates its concern about reports that paramilitary groups continue to function as alternative authorities in certain areas of Northern Ireland, inflicting punishments resulting in severe pain and suffering against people alleged to have committed criminal offences … the Committee is also concerned about reports that these groups continue to recruit children (para. 42).

Similar concerns were raised by the UN Committee for the Rights of the Child in their analysis of the child’s right to freedom from all forms of violence:

The Committee is concerned that … In Northern Ireland, children face violence, including shootings, carried out by non-State actors involved in paramilitary-style attacks, and recruitment by such non-State actors (para. 48).

While children have experienced paramilitary violence prior to and after the ceasefires and peace agreements, this has rarely featured on the government agenda. Grounding paramilitary abuse against children in the language of rights not only gives voice to children’s experiences, but highlights the obligations of duty bears to protect, prohibit and respond to all forms of violence against children.

Article 19 of the UNCRC reads:

States Parties shall take all appropriate legislative, administrative, social and educational measures to protect the child from all forms of physical or mental violence, injury or abuse, neglect or negligent treatment, maltreatment or exploitation, including sexual abuse, while in the care of parent(s), legal guardian(s) or any other person who has the care of the child. [emphasis added]

States Parties shall ensure that a) No child shall be subjected to torture or other cruel, inhuman or degrading treatment or punishment …

The States failure to protect children from paramilitary violence in the form of intimidation and threats (mental violence), physical attacks and witnessing attacks on others, constitutes a breach of these rights.

While official statistics are collected on paramilitary style attacks – physical beatings and shootings – due to fears in reporting such crimes, these figures grossly underestimate their scale and frequency. Based on these statistics, however, Kennedy reveals that between 1990 and 2013 there were 167 recorded shootings of children and 344 recorded beatings. Between 2015 and 2018, 1488 households presented as homeless due to paramilitary intimidation – these figure are not broken down by age, but it is likely that children are in many of these homes.

Research by McAlister et al. (2018), suggests instances of paramilitary abuse to be much more frequent and widespread than recorded statistics reveal, particularly in areas experiencing the dual impacts of conflict legacy (trauma, bereavement, divisions) and poverty. Here children and young people spoke of experiencing intimidation, threats, beatings (with fists and feet, hammers, baseball bats, metal rods, chairs), kidnappings and exiling (exclusions) from their communities. Threats often started young, and a significant number of young people had multiple experiences. None of these were reported to the police.

As noted in UNCRC General Comment No. 13, the impacts of violence against children can be ‘devastating’. For those physically and mentally abused, the consequences can be immediate as well as long term, impacting on their right to survival and development, their ‘physical, mental, spiritual, moral and social development’ (Art. 6 and 27, UNCRC). Trauma, anxiety, depression, suicidality, and drug and alcohol use are regularly discussed by young people in research.

UNCRC General Comment No 13 makes clear States obligations to: prevent violence; protect child victims and witnesses; investigate and punish those responsible; provide access to redress (para 5). Yet low clear up and prosecution rates act as barriers to reporting. Figures show that of 317 reported paramilitary-style attacks between 2013 and 2016, formal charges or court summons were brought in only 3% of cases. Indeed, children themselves question the State’s ability and willingness to ‘protect, prohibit and respond to’ (para. 11a, UNCRC General Comment No. 13) paramilitary abuse. Young people involved in a consultation on the Local Policing Review with Include Youth, for example, expressed the view that:

‘They [the police] know fine rightly who they are and so if they really wanted to, they would arrest them.’

The fact that the police have a role in issuing some formal warnings from paramilitaries [1] is proof to children that they are not acting in their best interests, nor are they protecting them. As children in our P4P project expressed:

While these actions are undertaken as part of the States duty to protect the right to life (Art 2, ECHR), they demonstrate the real challenges in applying human rights to the context of paramilitary violence. In effect, the same action taken to protect life might be viewed as State actors being complicit in rights violations. The impact is that this essentially feeds into notions that the State cannot protect communities. Summing up the feeling of hopelessness regarding paramilitaries, another child in the P4P project simply stated: ‘No one can help you from paramilitaries.’

The UN Committee on the Rights of the Child recognise that ‘securing children’s rights to survival, dignity, well-being, health, development, participation and non-discrimination … are threatened by violence’ (UNCRC General Comment No. 13, para. 13), and that ‘preventing violence in one generation reduces its likelihood in the next’ (para. 14). Yet only recently, some twenty years after ceasefires and peace agreements, has it been officially acknowledged that children continue to be physically and mentally abused as a result of conflict legacy.

Three years after the Fresh Start Agreement (2015) in which the Northern Ireland Executive outlined its plans to ‘end paramiltarism’, stories of brutality are reported in the media on an almost weekly basis and clear up rates remain low. This is recognised by the UNCAT who recommend:

the state party should: (a) Strengthen its efforts to promptly and effectively investigate cases of paramilitary violence in Northern Ireland, including against children, ensure that perpetrators are prosecuted and, if convicted, punished with appropriate sanctions, and ensure that victims have access to effective protection and can obtain redress’ (UNCAT Concluding Observations, 2019, para. 43a)

While there have been a number of recent programmes and investments aimed at tackling the victimisation of children through attacks and recruitment, and challenging social and cultural attitudes through a media campaign highlighting and condemning paramilitary activity, their impact is yet unknown, and other actions have been slower to progress (IRC, 2018).

The Fresh Start Panel (2016) and the Independent Reporting Commission (2018) have both enforced the need to address systemic issues – material deprivation, social and economic stability, education and employment opportunities – drawing attention to the link between social deprivation and paramiltarism/ conflict. Yet in the first review of the Fresh Start Implementation Plan, it was some of these systemic issues that were highlighted as requiring further action. The Independent Review Commission stated, for example, that a ‘stronger cross-departmental approach’ was required to further ‘steps to significantly and measurably improve the educational and employment prospects of children and young people in deprived communities’.

This call for more effective cross-departmental working is not a new one. Voluntary and community organisations working directly with children and young people have been asking for this for many years. In many instances these same organisations have been picking up on the failures of government to respond to the systematic issues impacting on children’s lives. They are working with young people who have been failed by the government, who have not had the statutory support they needed at the time they needed it most. It is these young people who are most vulnerable to paramilitary abuse. An effective programme to tackle paramilitarism must have at its core an urgent response to the realities of young people’s lives – lives which are characterised by financial struggles, poor mental health, a sense of hopelessness with regard to education and employment opportunities, and an overwhelming sense that they are not part of a community or a country emerging from political conflict.

The Independent Reporting Commission note that a lack of working Executive [2] in Northern Ireland has significantly impeded commitments to tackle paramilitarism. While it is certainly true that the political vacuum has not been conducive to developing effective intervention in this area, it cannot be given as the sole reason for inactivity and progress. There was a distinctive lack of attention and prioritisation given to these issues even when the Executive was fully functioning. As outlined earlier, a recognition of the need to address structural and systemic under-investment related to conflict legacy, is not new. State actors have also been aware that in the 20 years after ceasefires and peace agreements, that some children continue to experience physical and psychological violence in their communities. While perhaps silenced, these issues have certainly not been hidden. Children’s rights advocates, youth charities and campaigning groups and various United Nations Committees have all raised concerns. And while the lack of a working Executive may represent a current stumbling block to action, the lack of priority given to these issues more generally raises bigger questions about the low pecking order that children rights issues have for government, and the failure to fully understand the impact of the conflict legacy on children.

We would like to thank Dr Bronagh Byrne, Centre for Children’s Rights, QUB for her helpful suggestions in the framing of this piece.

This is a shorten version of a blog piece featured on Participation for Protection (P4P).

[1] The police have a duty to deliver a ‘threat to life’ notice when they are aware there is a risk of serious harm to an individual. This complies with the ruling of the European Court of Human Rights (Osman vs the UK, 28 oct 1998) regarding States obligation to protect life when they are aware of a real or immediate threat, in order that measures can be taken to avoid the risk to life.

[2] On 9th January 2017, the devolved power-sharing Northern Ireland Executive, collapsed following the resignation of the Deputy First Minister. The Northern Ireland Assembly is the devolved legislature for the region, but has not met since January 2017. With no functioning government, NI has effectively been run by civil servants with limited decision making and legislative powers.

Siobhan McAlister is a lecturer in the School of Social Sciences, Education and Social Work at Queen's University Belfast. Her research interests are in the fields of youth, social justice and criminal justice.

Restorative justice and the minimum age of criminal responsibility – #RaisetheAge

Restorative justice and the minimum age of criminal responsibility