Four scenarios are likely to characterize the future of the MENA region meaning the majority of the citizens in the Middle East and North Africa will be living on the edge says Professor Beverley Milton-Edwards. 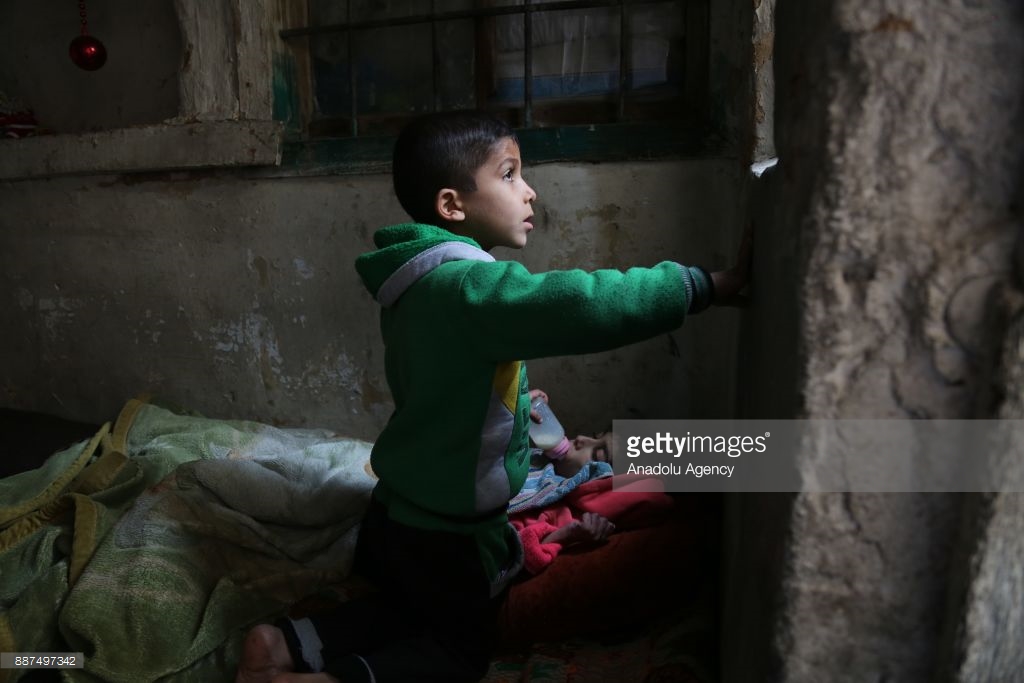 Let me briefly outline four scenarios that are likely to characterize a post-ISIS Middle East and define it as Living on the Edge. These four scenarios are headlined under the following:

Moreover, they all affect political, socio-economic and strategic assessments of the region and the region’s impact and relationships with other actors across the globe.

Let me be clear from the start. These are turbulent times for the region. By living on the edge we are talking about the dangers of everyday life for people in the Middle East and North Africa and their increasing exposure to them.

Scenario 1: The fracturing of the state

The Middle East and North Africa has always had its problems. Since the Arab Spring and the rise of ISIS though, it is as if the region has become more unstable. The reality that states cannot protect and serve their citizens is blatantly apparent.

By a fractured state, I mean to highlight those countries where authoritarianism leaves the majority of citizens living on the edge in their own societies.

In such states, there is rampant corruption and abuse of power and little by way of accountability of law or rule.

The impact of ISIS on the Middle East and North Africa from the Atlantic seaboard state of Morocco to the borders of Iran with Afghanistan in the East has brought our attention to how the fracturing so many states in the region give rise to ungoverned spaces and conflicts that groups like ISIS exploit.

It is the persistence of authoritarian features that rupture states such as Libya, Lebanon, Algeria, Egypt, Syria, Iraq, Yemen and even the apparently resilient monarchical regimes of Gulf states like Saudi Arabia, Jordan and Morocco that explains so much.

It is this that explains continuing conflict and political violence including terrorism.

We are misled when we are told that it is forms of religious fundamentalism, sectarianism, ethnic difference, or foreign intervention that cause conflicts or account for the likes of the ISIS phenomenon. These are the symptom, not the cause of such malaise.

In fractured states not only do the remnants of ISIS persist, but other non-state actors thrive and outside powers intervene at will and whim.

Yes, ISIS and other actors are bestowing a legacy of region-wide de-stabilization, but they are the effect not the cause of the fractured state and resilient authoritarianism in the region.

I ask how many states in the region may be immune to such fracturing in the future?

This brings me to my second scenario.

Within this de-stabilized and turbulent region are millions and millions constituting the largest enforced displacement of people since World War II. 13 million IDPs (internally displaced persons) from Syria, Iraq, Yemen and Libya.

This has created an entire generation of displaced populations. Populations in waiting, that are likely to remain as such for at least the next decade, but probably much longer. This is what I mean by Generation Displaced. This is a realistic scenario.

The enforced displacement and ethnic cleansing of population groups is nothing new to the Middle East. We need only remark of episodes as they relate to the Palestinians, or Iraqi refugees. These, however, are unprecedented times. Not only in terms of the numbers of people involved but the simultaneous disruption this has led to across the Levant, and Turkey, across North Africa, especially Libya and the Gulf where the disaster of Yemen can no longer be ignored.

Not only does the region as a whole have to contend with the consequences of such forced migration and ethnic cleansing but so too do its regional neighbours, whether we are talking about the Horn of Africa states, the Sahel region, Afghanistan or Europe.

Around this displaced generation lie missed opportunities, vulnerabilities and a pervasive and hostile approach that condemns them as part of a growing security threat. This brings me to my third scenario about contagion the effect and the regional balance of power.

A contagion effect is a situation where a particular shock spreads out and affects others by way of shifting alliances or changes to the regional balance of power.

The conflicts in Iraq, Syria, Yemen, Libya and so on that have been so brutally exploited by groups like ISIS, Al-Qeada and other non-state armed factions have also drawn in state actors from the region. These state actors, including Saudi Arabia, Iran, Turkey, and even smaller states like the UAE have actively interfered in countries like Syria, Yemen, Iraq, Libya, and Lebanon. Proxy wars play out in all of these places.

In these wars the international media and policy-makers tend to focus on state actors like Iran, Saudi Arabia or Turkey as battling it out in a zero sum winner takes all game.

They frequently overlook the fact that the entire region is losing in terms of development potential, state vulnerability, collapse of security and the impairment of economies that spend more on warfare than welfare. For example, your very own Stockholm based SIPRI, calculated that Military expenditure per capita of Arab countries was higher than the global average by 65% in 2015!

What we can outline is a scenario where the fractured nature of states such as Lebanon, Syria, Yemen and Iraq are further exposed as a venue for proxy wars and regional alliance building by the states I mentioned above. Irrespective of whether ‘Iran’ or ‘Saudi Arabia’ or ‘Turkey’ will win the region has already lost.

I certainly question the wisdom of even calling such states the new superpowers of the Middle East! Take a glimpse inside these states and you will find nothing so very super about them. They are in fact weak and presided over by autocrats. The implications for alliance building between the region and international actors are huge – and this brings me to my fourth headline.

It is important to acknowledge the part that superpower states like America have played in building coalitions against ISIS and their success militarily. The U.S. also continues to engage in Iraq, and the Persian Gulf to secure the free flow of oil.

Russia has returned to Syria and has played a decisive role in the conflict in terms of the support it has offered to the regime of Bashar al-Assad when it seemed at its most vulnerable.

However, there are serious concerns about the willingness of the Superpowers to intervene in the region in other ways.

This may be contentious but in future scenarios I would suggest that neither Russia under Putin or the U.S. under the Trump administration is politically or diplomatically inclined to promote conflict resolution in the region.

In the past, such approaches were institutionally derived, informed by research and deliberation. Today more and more often we see evidence that such approaches are subject to the whims of deeply unqualified individuals who divest themselves of institutional diplomatic support.

Take for example the Trump administration and the major policy and public discrepancies between the President and his Secretaries of State and Defense over the Qatar Crisis. Or President Trump’s announcement regarding his recognition of Jerusalem as the capital of the Israeli state along with his decision to move the U.S. Embassy there, or the lack of leverage over Russia regarding Syria, or the virtual abandonment of Iraq as it moves from fighting ISIS to post-conflict stabilization and reconstruction. In fact, Trump told Iraq to fund themselves. This crowd-fund analogy would be funny in any other context but this style of diplomacy will not engender stability, security or peace in the Middle East and North Africa.

This is evidently an administration at war with itself over MENA policy, with few fresh ideas or approaches on how to deal with a post-ISIS Middle East. Russia has exerted itself in Syria as a coercive and partisan actor and while it supports a negotiated solution to the conflict one must contend with the fact that Russian interest comes first and foremost in all of this.

Superpower actors are failing to take the strategic lead or apply the right kind of leverage on local actors to promote conflict resolution in the region.

Furthermore, there is an evident aversion for assistance in nation or state-building. The Kurds – who have been allies of America – have been badly let down in their pursuit for statehood. The U.S. refused to support the Kurdish independence referendum in Iraq and has now announced that it will no longer arm its Kurdish YPG ally in Syria because of Trump’s latest capricious pivot – this time to Erdogan in Ankara.

It is difficult to discern clear positioning and strategy in terms of economic and political reform processes as inextricably tied. Instead, what we see are short-term military fixes.

All too often superpowers and their allies will support economic reform processes but continue to fail to address the need for intrinsic links to political reform, improved human rights, universal freedoms or improved rule of law.

In conclusion, whatever scenario or set of scenarios outlined for the post-IS Middle East I would argue that for the foreseeable future, as the fractured state remains at the foundation of the region, the majority of its citizens will continue ‘Living on the Edge.’