The death of George Floyd has sparked a far reaching and heated debate about structural oppression, black rights, institutional racism and the economic legacy of slavery. Dr Joanne Murphy calls for a conversation about what leadership means in a policing context. 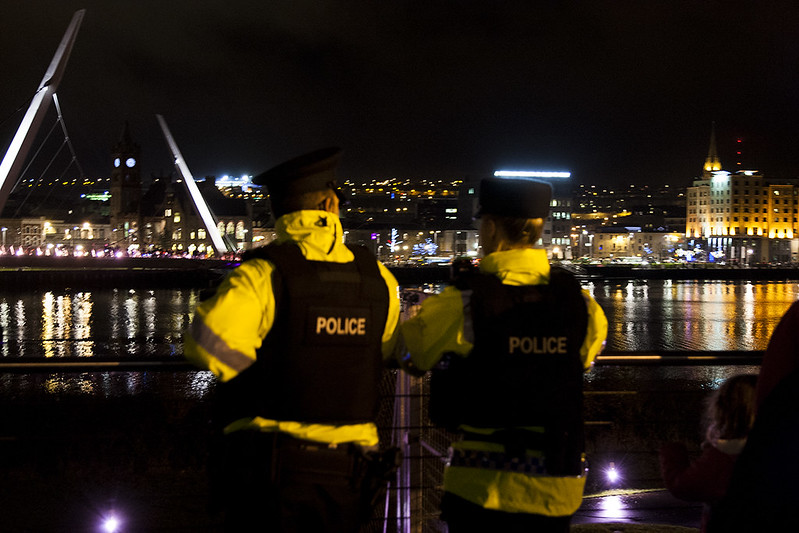 The death of George Floyd in America has sparked a far reaching and heated debate about structural oppression, black rights, institutional racism and the economic legacy of slavery. For obvious reasons, the police are right at the centre of these arguments and police leadership is under the spotlight as never before. While the structure, approach and context of policing in the USA is very different to what we see in these islands, there is no doubt that a broader conversation about what leadership means in a policing context is long overdue. If policing is to fully address the challenges of a changing world both in these islands and further afield, then it will require a rethink about how leadership is perceived, identified and rewarded.

It’s very interesting that in a review of material from UK and Ireland police organisations, the focus is very much on ‘leaders’ rather than ‘leadership’. This is unhelpful for two reasons. Firstly, we have increasingly come to understand that leadership is a shared rather than an individual venture – people (and police officers) lead not just when in a positional leadership roles but by demonstrating behaviour and practices which move the organisation forward and demonstrate an ability to manage complexity and change. Secondly, by focusing on ‘leaders’ as people rather than leadership as a thing, we create a situation of both scape-goats and cop-outs – an ability of organisational members to put the blame for leadership failures somewhere else – and not with themselves. Of course, within police organisations much of this conversation comes back to rank, authority and power. We know, as well that policing is more vulnerable than most to cultures that are dominated by in group behaviour, machismo and heroic leadership architypes. While wider police structures talk the talk of guiding principles that include morale and wellbeing, innovation, diverse leadership teams, performance, learning and development, and the cultivation of talent (UK), as well as a concern for both operational competencies and self-aware reflective questioning of assumptions (Garda).

The current pandemic has encouraged a greater debate about the types of leadership practices which lead to the most positive outcomes within extreme and contested environments. Ironically, police organisations operate in these contexts not just during a pandemic, but every day. Volatility and crisis is challenging for organisations because it creates a setting in which decision making times are significantly compressed while organisational complexity is increased. Volatile environments also tend to be highly dynamic, interconnected and interdependent, intensifying the outcomes of both action and inaction. We know that for leaders faced with the urgency and complexity that defaulting to formal power structures, guarding information and closing ranks are behaviours that make the management of extreme contexts more difficult. By contrast, leaders who veer towards ‘transformational’ behaviours in crisis are more successful with better outcomes and increased organisational cohesion. Such behaviours include a greater propensity to share power and information, and build diverse decision making groups. There is also evidence from research which would suggest that transformational behaviours are more common in female leaders during upheaval. This in itself, should give policing organisations pause for thought given the relative paucity of females in senior ranks. Most importantly, is the ability to draw on a ‘social network’ of leadership internally and externally which allows for and enables collective action. Police officers at all levels will know themselves how often these transformative practices are demonstrated and what leadership behaviours are recognised and rewarded at all levels. There is no doubt though, that the more diverse decision making is, the better outcomes tend to be.

The recent interviews by Neil Basu and other BAME police officers have proved a moving reminder of the difficulties that still exist for many within police services. It should be remembered that not all of these police officers felt able to be identified publicly. More locally, recent controversies over PSNI branding, history and approach have highlighted that policing in Northern Ireland still has some way to go to live up to the ideals espoused in the Patten report of 1999. While much external work has been done and a great deal of progress made, issues of internal culture raise their head regulatory and give cause of ongoing concern. The PSNI has an opportunity now to begin to open those debates in a way that allows for the development of better policing, better police officers and enhanced leadership at all levels. It should be remembered that for a significant period of time post the Good Friday Agreement, Northern Ireland was mired in ongoing failure to agree on political structures and their management. In that time, the newly framed Police Service of Northern Ireland managed a difficult transition with skill. Reengaging in a debate about what police leadership means is critical both locally and further afield.

Dr Joanne Murphy is a Senior Lecturer in Queen's Management School, and Academic Director of the William J. Clinton Leadership Institute. Her research explores leadership, change and organisational development in politically volatile environments, including those affected by ethno-political conflict.

This is an interesting Piece that outlines recent issues in policing. However it makes many assumptions Without ever presenting any eviDence. Having been a senior polIce officer in the RUC then the PSNi then lecturing in the US and advising various goVernments i feel that i can comment from a position of experience.
The PSNI like many organisAtions is Not perfect but is on a curve Of continuous improvement and the Leadership has dramatically changed and improved since the transition. I see No EVIDENCE that they are not living up to the ideals of the Patton REport, quite the contrary. I accept that it depends on what level of leadership you are focusing on. Some Chief Constables have a lot to learn! Transformational leadership is at the core of the PSNI leadership ethOs and the fact that it has exported this ethos to many countries demonstrates this.
Not sure That the old hobby horse of leading by rank, authority or structure is valid anYmore. The Psni leadership has largely mOved on thoUgh there are occasions (a few) when a consuLtative style is neither possible nor advisable on a tempOrary basis.
Its an interesting discussion and worth pursuing but We need to move on from the old assumptions about police leadership. Many are no longer valId – in my opinion.