Russia’s Pension Reform: Beginning of the End of Putin’s Regime?

With Putin’s approval ratings falling, losses in the local elections, and street protests taking place across Russia, Dr Alexander Titov asks whether the pension reform was really worth it for the authorities. 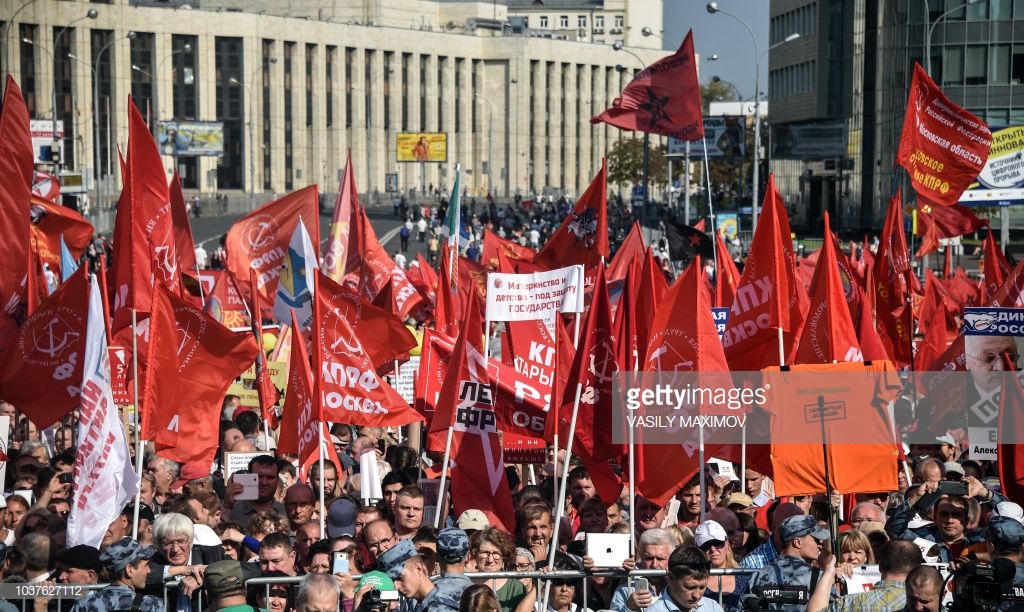 It’s hard to imagine a more unpopular reform than raising the retirement age. Think about former French President Nicolas Sarkozy’s pensions reforms in 2010 that paralyzed the country for days on end. Things are no different in Russia, where the government announced on the opening day of the World Cup in Moscow that the pension age would gradually rise by five years to 65 for men and eight years to 63 for women. Even the 5-0 victory against Saudi Arabia on that day could not diffuse the widespread opposition to the reform.

Why did the Russian government push this extremely unpopular reform then?

The featured image in this article is used under a Creative Commons licence courtesy of Getty Images.