In the days since an alleged chemical attack outside Damascus, the pressure in Syria has risen dramatically. With outside powers launching missile strikes on Syrian ground targets as the Assad government’s backers warned them against it, here’s a rundown of who the major players are with a contribution from Prof Beverley Milton-Edwards. 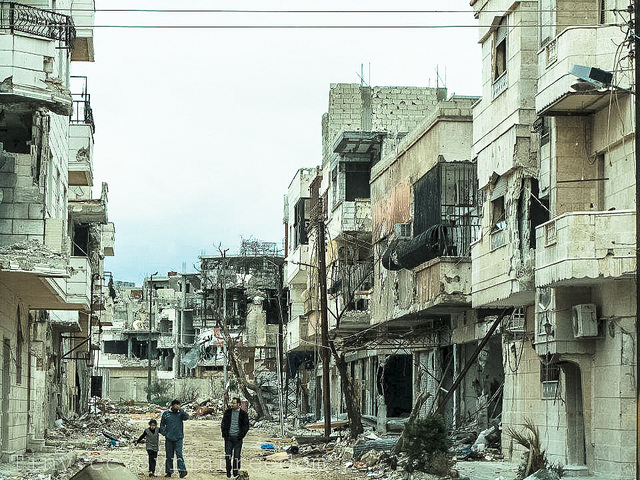 Among those glancing at Syria’s seven-year conflict, a simple but misleading declaration is circulating: “Assad is winning”. But the Assad regime has only survived because of the political, economic and military life support it’s had from Russia, Iran and Hezbollah. It is now entirely dependent on them.

And that’s for rule over just a part of Syria. The opposition, though very dependent on Turkish protection, holds much of the north-west, and it also – for now – controls territory in the south along the Jordanian border. Kurdish groups have taken much of northern and eastern Syria after pushing back the so-called Islamic State (IS).

The Israeli government faces a growing security challenge on its southern border, where there are weekly protests by thousands of Palestinians in the Gaza Strip. But the more serious security concern is the country’s extremely tense northern border with Syria.

The Israeli government’s greatest fear is a dramatic regional escalation, and the possibility that Syria will become a theatre of open conflict between Russia and states like the US, UK and France. If the US responds to the chemical weapons attack in Douma with intense force, that might set off a domino effect that could draw Israel further into the fight – especially if Iran takes the Assad government’s side in response.

You can read the rest of the article here.