Two ways Trump will stymie the emergence of a Palestinian state

Professor Beverley Milton-Edwards looks at what the election of President-elect Trump means for the situation in the Middle East, particularly in terms of U.S relations with Israel and Palestine. 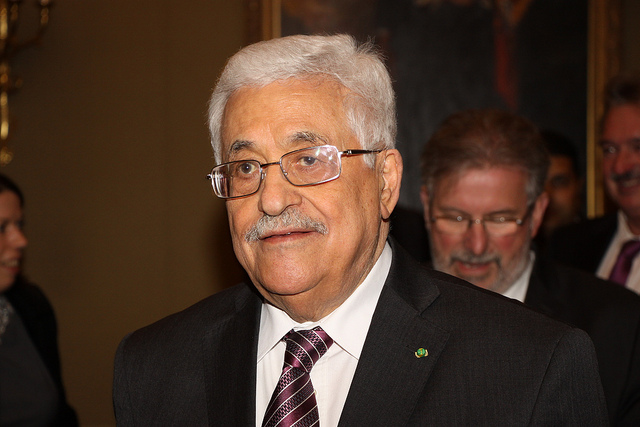 Donald Trump’s election has led to much hand-wringing across the Middle East. Analysts and experts try to read the Trump runes to predict the future, including on positions he might take on Iran, Syria, the Islamic State, Turkey, Egypt, Saudi Arabia, and Israel. The evidence on Palestinian ambitions for statehood, for its part, isn’t good.

There are two main reasons for this. The first is that Trump will be much more supportive of Netanyahu’s government than President Obama ever was – and he’ll be unlikely to challenge Israel, especially on policies toward the Palestinians. The second is that President-elect Trump has been clear about his unwillingness to involve the U.S. in state-building overseas, and might scale down U.S. involvement in the bodies that do.

Looking the other way?

Trump’s victory has been widely regarded as a positive development for Netanyahu. Netanyahu had a notoriously poor relationship with President Obama – they not only clashed on Israel’s settlement policies, but over American domestic political issues too.

With President-elect Trump, Netanyahu can expect a new era in U.S.-Israel relations, since Trump is far less likely to be critical of Israel. Under Obama, Israel seemed to fall down the list of Washington’s priorities in the Middle East. Netanyahu now hopes to reverse that, and faces an American presidency and Congress that will be more amenable to his government’s policies towards the Palestinians and terror threats (both regional and global).

Hence Israel expects continued, robust U.S. support, rather than any reduction in U.S. foreign aid and military assistance. It also expects the resurgent message that Israel is the closest American ally in the Middle East, and Trump will likely be influenced by Netanyahu’s position on Iran, as well.

President Trump is unlikely to censure or join in censure of Israel as it continues its controversial policy of building illegal settlements on Palestinian lands, for instance, and stifles Palestinian ambitions for statehood. This aligns with an Israeli ambition to marginalize the resolution of the Palestinian-Israeli conflict as a pivot issue in wider Middle Eastern politics. It also further enhances opportunities for coalescing around the idea that Israel is at the forefront of the battle against radical Islamist terror in the region, including Hamas. Recognizing the position that Trump is likely to take on Palestinian statehood, former President Jimmy Carter recently issued a plea to President Obama to recognize a Palestinian state as a parting gift before he leaves office in January 2017.

Palestinians are used to roadblocks. Even in territories of autonomous Palestinian control, such as the West Bank, Israel has erected roadblocks and checkpoints – augmented with closed military zones, settlements, and settlement roads – which have played a part in stymying state-building. In an attempt to overcome these realities on the ground, Palestinians have often turned to international institutions, such as the United Nations, to win recognition and support for their rights and to halt Israel’s illegal activities. Indeed, as the peace process between Israel and the Palestinians faltered and then collapsed, Palestinian President Mahmoud Abbas increasingly relied on the U.N. to keep hopes for independence alive.

A President Trump, however, might roll back the institutional support the United States offers to international organisations such as the United Nations. Trump told AIPAC in March, for instance, that “The United Nations is not a friend of democracy…It’s not a friend to freedom.” (And on other issues, he has said he would stop payments of U.S. tax dollars to the U.N.) Indeed, he appears hostile to the international organisations that champion ambitions for a global transformation politics; particularly if they are seen to work against U.S. national and security interest. Trump clearly thinks that the U.N. is hostile to Israel. This means that even President Abbas’ symbolic pursuit of Palestinian statehood through international recognition will continue to stall in the face of U.S. opposition.

Moreover, Trump is not, in general, an internationalist nor a supporter of state-building. He is not inspired by Wilsonian ideals, but rather by hard-headed Jacksonian individualism. As he declared in an August speech in Ohio: “If I become President, the era of nation-building will be ended.” Given this, it seems unlikely that a Trump administration would go out of its way to support further practical, on-the-ground development of Palestinian institutions and statehood with Jerusalem as a shared capital.

For the Palestinians, the victory of Donald Trump marks a decisive turning point in their ambitions. The project for independence, and those like President Abbas, who have championed a patient negotiated outcome with Israel, will have to accept the new reality.

This project will require a major re-think (or get put in mothballs) for the duration of a Trump presidency. There should be little expectation that the roadmap option so clearly articulated under President George W. Bush will be brought out of cold storage. Trump represents an entirely different disposition. To this end, Palestinians under President Abbas – no matter how just their quest for independence – appear to be on the wrong side of history, at least for now.

This means that other routes to Palestinian state-building must be pursued. One priority must be ending the state of divide between Fatah and Hamas that has stymied national ambitions (and those that wish to support it externally) for nearly a decade. Re-establishing forms of national unity will also help rescue debilitated Palestinian institutions – such as the Palestinian Authority (PA) – from near collapse, as Secretary of State John Kerry has said. The PA needs to be reformed and re-purposed for meaningful political autonomy internally so that Palestinians can rebuild external support for their independence project. This means re-establishing faith in their own self-rule.

Any successors to Palestinian leadership positions, therefore, must encourage fresh thinking about maximising autonomy and self-rule, which can keep the hopes for statehood of the Palestinian people alive. They must do so knowing that for the next four years, dispositions in Washington will be against them. Palestinians have worked in such circumstances in the past, but under more internally unified circumstances. They should keep faith with the just cause of their program.

The featured image of President Abbas has been used courtesy of a Creative Commons licence.