Economic history is vital to the study of economics and the economy says Dr Chris Colvin. 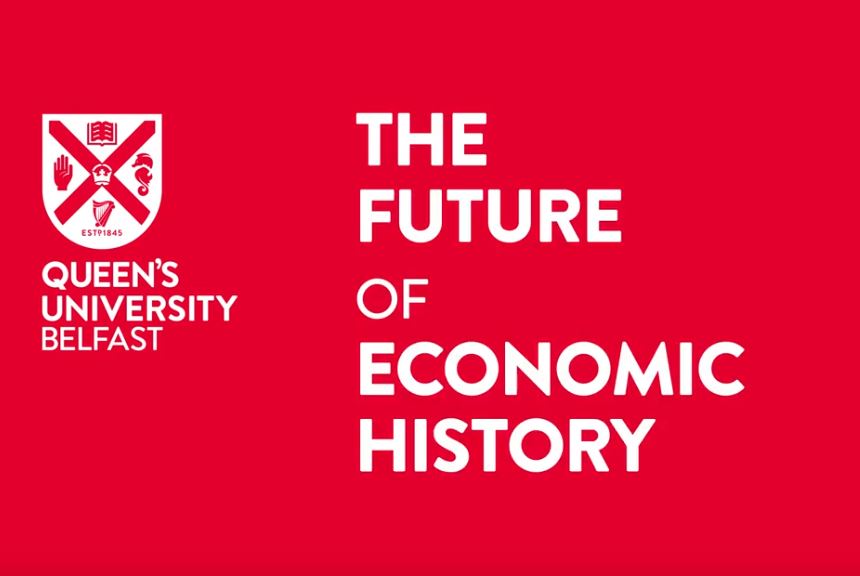 Economists think historians are teaching it. Historians think it is being done by economists. But in truth the study of economic history is almost absent from the university curriculum. Economic history has fallen through the cracks. And economics students across universities are suffering because of its absence.

My contention is that our economic past should play a far more central role in the education of economists today. Because I think the study of economic history will make economists into better economists. My mission is to make academic and professional economists aware of the key problems associated with missing out this training from the education of new economists. And then, once the problem is fully acknowledged and understood, to present easy-to-implement pedagogical solutions.

The Power of History

I think that economic history is vital to the study of economics and the economy. Crucially, history provides students with the necessary context to understand economic decisions being made right now. Lessons from economic history also provide invaluable insight into the big global challenges of today’s world – whether it is trade wars, financial crises, migration pressures, climate change or extreme political uncertainty.

For example, if you wish to study the inner-workings of cartels, why not take a period of history where cartelisation was legal and well documented? If you want to look at the incentive effects of unemployment benefits, why not focus on when and where they were first introduced? And if you are interested in the socioeconomic impact of migration, why not measure the consequences of the arrival of previous mass migrations?

Economics is only as good as its ability to explain the economy. And the economy can only be understood by using economic theory to think about causal connections and underlying social processes. But theory that is untested is bunk. Economic history provides one way to test theory; it forms essential material to making good economic theory.

Economics therefore needs economic history. And so academic economists need to engage with our economic past to prepare the next generation of economists. Economic history is vital in the training of private-sector business economists and public policy professionals alike. That both groups could have benefited from a little historical knowledge during the 2008 financial crisis should be crystal clear to all!

Unfortunately, economics degrees have long ignored economic history. Contributors to a series of high-profile conferences held the Bank of England from across academia, government and the private sector repeatedly lamented the absence of economic history from the training of new economists (Coyle, 2012). Research conducted by the University of Manchester’s student-led pedagogy reform group the Post-Crash Economics Society clearly demonstrates the degree to which economic history is absent across the UK’s university economics curricula (Earle et al., 2017).

It is not all doom and gloom. Professor Wendy Carlin’s CORE project has made great inroads into re-inserting the economic study of the past into the first-year syllabus (The CORE Team, 2017). Indeed, we are about to start teaching this new syllabus across our economics programmes at Queen’s University Belfast. However, while fixing the first year is a great start, it is only a start.

Unfortunately, most economics professors elsewhere across the country remain ill-equipped to re-introduce economic history unassisted in other places on their syllabi, even if they were willing to do so. They are part of a “lost generation” which was never exposed to the field in their own education. And I fear there are precious few resources available to them to assist in their “re-education”.

I think the absence of supply of economic historians is no excuse for not engaging with a field that is clearly in demand. Yes, economic history is a separate field of study. But my contention is that it can also be integrated into other field courses, from macro and labour, to finance and econometrics. With a little help, every economist has the potential to become an economic historian.

Alongside Matthias Blum, an economist based at the German Medical Association, I have started the task of generating new economic history teaching and learning resources aimed specifically at academic and professional economists and their students. This ongoing project has already resulted in an edited volume involving 50 scholars, An Economist’s Guide to Economic History (Palgrave Macmillan, Dec. 2018). And despite its very recent vintage, the book is already being used in universities in the UK, the USA and South Africa.

Matthias and I held a workshop in Belfast on pedagogical reform in January. We now wish to expand the initiative into a broader movement of academics and practitioners, to make it even easier for economists to engage with the field of economic history in their teaching and research.

Please get in touch if you share our mission to Make Economic History Great Again!

Political economy won it for Corbyn