Americans Head to the Polls Holding their Noses

With a week to go before the US election, Dr Christopher Raymond reflects on a presidential race that has been devoid of policy but dominated by personality. 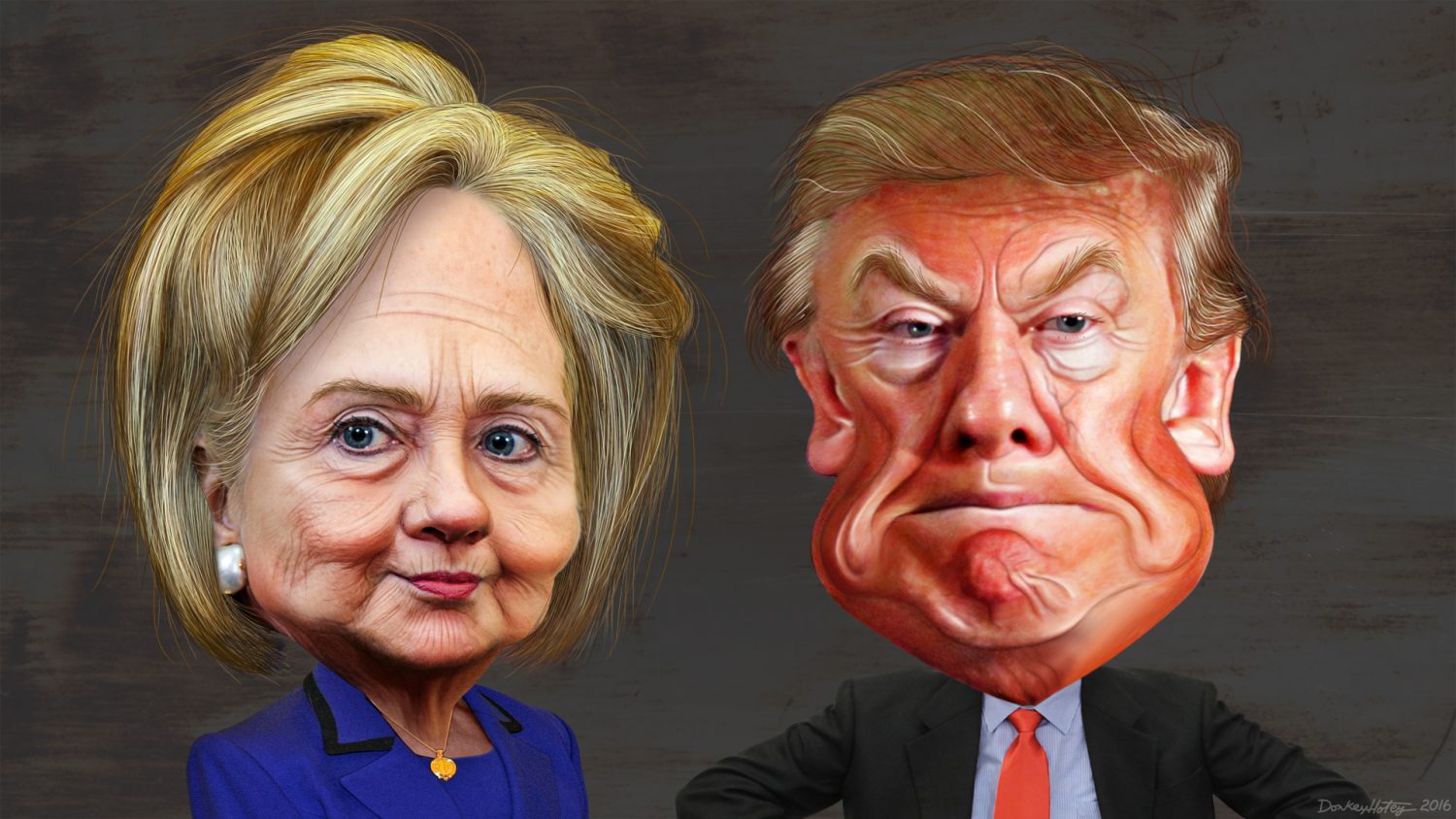 Americans are heading to the polls as the most partisan, bitter, and at many points disgusting campaign in modern electoral history (finally) draws to a close. Early voting is underway in several states in advance of the ballot counting on 8 November. Although most polls suggest Hillary Clinton will eke out a narrow victory and become the 45th president of the United States, a number of factors suggest it unwise to head to the bookies with that bet.

One of the keys to understanding the 2016 election is how dissatisfied Americans are with the list of choices on this year’s ballot. While it may be easy for anyone consuming British and Irish media to understand Americans’ disgust with Donald Trump (the Republican Party’s candidate) – given his numerous statements regarding Mexicans, women (and allegations of unconsensual groping), Muslims, Blacks, prisoners of war, and Gold Star Families, among others – the distrust of Hillary Clinton (the Democratic Party’s candidate) is often less well-understood on this side of the Atlantic.

Although Clinton was embroiled in a scandal regarding her use of a private email server in contravention of State Department regulations throughout much of the campaign (which the FBI decided was insufficient grounds for seeking her prosecution), many Americans find Clinton untrustworthy because she has lied about several aspects of this investigation. This is in addition to the myriad other scandals surrounding the Clintons regarding the Clinton Foundation and charges of pay-to-play access, her coziness to Wall Street banks, her flip-flops on issues like the Trans-Pacific Partnership, her efforts to hide her personal preferences on issues like trade and immigration, the coordination between her campaign and the Democratic National Committee to defeat Bernie Sanders (in contravention of party rules), among others.

Whether Clinton’s scandals are equivalent to Trump’s or not, the fact remains that the two major parties’ candidates are viewed quite negatively by most Americans. In poll after poll throughout this entire election campaign, majorities of Americans have viewed both candidates more negatively than positively. These high unfavourability numbers means that both candidates rank as the least popular major-party presidential candidates since the advent of modern polling.

While Americans’ desire for a third party is near record levels, the list of third-party choices this year has proved dissatisfying. Libertarian Party candidate Gary Johnson initially seemed poised to capitalise on Republicans’ distaste for Trump (not only in regard to his myriad insensitive statements, but more fundamentally his lack of commitment to core Republican values like free trade and opposition to abortion) and Clinton’s untrustworthiness (with regard to her previous lack of commitment to freedoms from state intervention on socially libertarian values like same-sex marriage and crime).

However, Johnson proved to be ignorant of basic foreign policy issues (failing to identify Aleppo and other world leaders). Dr Jill Stein, the Green Party’s candidate has appealed to fringe elements in society, such as anti-vaccination and 9/11 conspiracy theorists. While Evan McMullan (and imaginary running mate, Nathan Johnson), who is campaigning as a fundamental conservative, may upset Trump in Utah, he entered the race too late to qualify for inclusion on the ballots in many states, and thus has no possible chance of winning. Thus, Americans are left to pick from four/five choices they find deeply unsatisfying.

One of the key determinants of voting behaviour in any election is party identification, which is the psychological identification people feel with political parties. Contrary to popular myth, most Americans identify as either Democratic or Republican, with less than 15 percent of the population identifying either with another party or as ‘Independent’. This identification creates in-group/out-group dynamics that screen information in ways that bias people’s perceptions of information (i.e. campaign events, evaluations of government performance, etc.) in favour of one’s own party and against other parties. In most elections, this perceptual screen results in party identification emerging as the main reason why the overwhelming majority of party identifiers vote in favour of their party’s candidate.

As a consequence of this highly partisan environment, this campaign has been largely devoid of serious, substantive policy discussions. While Trump has managed to make issues of trade, immigration, and terrorism, these issues have lacked specifics to such a degree that it is hard to define what Trump’s positions are. Clinton has struggled to articulate clear policy positions not only because she has tried to obfuscate some of her past positions and her opponent refuses to define his own positions (or is incapable of staying on-message), but because stories of Trump’s statements and behaviour have dominated the news cycle.

Instead of major issues dividing the two parties’ candidates’ issue positions, this election campaign has been divided more along personal and ‘valence’ issues. Personal issues – whether regarding Trump’s plethora of problematic behaviours or Clinton’s scandals – have certainly been the defining and/or most prominent issues during this campaign. To the extent that policy issues have emerged, they have been argued (at least by Trump) along valence lines. For example, this means that because everyone favours a growing economy, candidates will not take different positions on a growing economy but instead will aim to position themselves as the best candidate to address this issue. While Clinton has tried to inject substance into such debates, this gets lost due to Trump’s valence issue campaigning that often degenerates into more personal issue-based attacks. As a result, the major policy issues of the day have featured very little in this campaign; instead, policy debates have been mere partisan insult contests.

Despite the high levels of dissatisfaction with the major parties’ candidates, the race has concentrated increasingly on Clinton and Trump and made for a very close race in the final days of this campaign. Though Clinton has led throughout most of the campaign, the race remains too close to call. Because the positive and negative effects of party identification mean the Democrats and Republicans are largely balanced, and because this has been a bitter campaign fought largely on personalities and less on specific issue positions, the race will come down to a contest of which party is best able to mobilize party identifiers to show up at the polls.