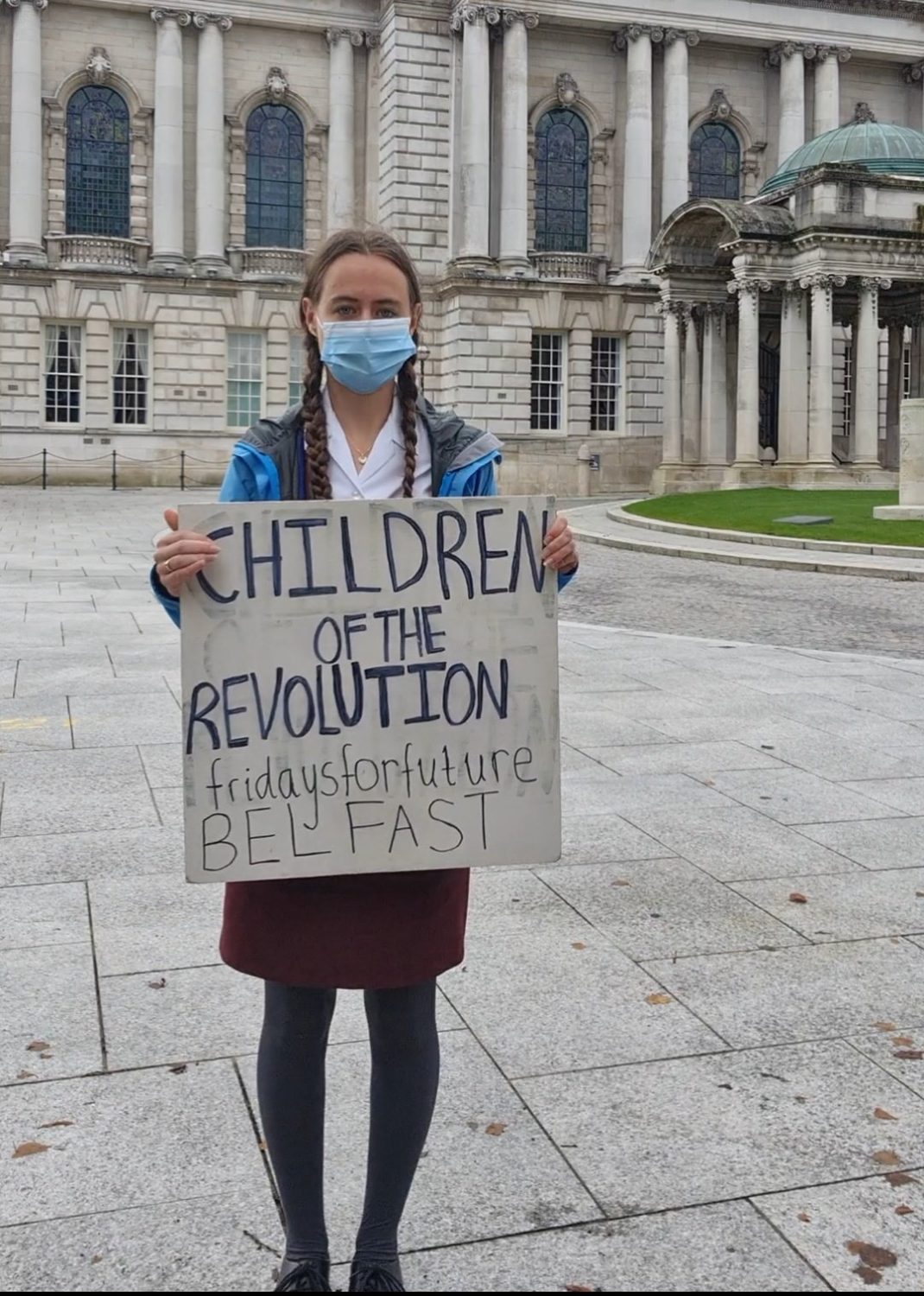 “Excuse me?” I felt a hand shrugging me. “You do know you’re sleeping?” I was face down on my desk during a Chemistry GCSE exam. The hand on my shoulder was the Examiner and the man walking towards my desk to give a lecture on my priorities was the Principal. I had played for the Down minors the day before in Casement park and was dreaming of winning the All-Ireland. My priority then was football and getting to Croke Park. If someone had asked me about Climate Change, I would have been none the wiser. I was only 16 years old, a teenager, why should I have to worry about that? That is for responsible adults.

I listened to teenage representatives from Northern Ireland speak at the All Party Group on Climate Action meeting last week and felt ashamed as an adult of this society. Adults in denial of their responsibilities have hoisted their priorities upon our youth. I not only underestimated the power of their voice, but also the magnitude of their fears. Their ability to articulate the terrifying facts on Climate Change in conjunction with their emotions resembled that of a well-prepared solicitor in the heat of litigation. They displayed their body language, tone and facial expressions with distinguished intonation.

Anna Kernahan, Climate Activist, brought a tear to my eye, I felt humility flood my body as she spoke:

“It is not us who created this mess. My passion is not to become a politician. I like literature and music, but the adults have taken that away from me. I feel compelled to protest”.

Anna wants to be a teenager, just as you and I were. Instead, she finds herself begging Northern Ireland to act on Climate Change and not just talk about it. She is desperate for an adult leader to introduce a Climate Act for NI that will act as an umbrella to shield us all from the future predicted impacts. Yes, you and I may die of old age, but our children may not. Climate Change may end their lives short.

I will not surrender into doing nothing to ensure my son’s future. Our politicians need to prioritise our youth. To quote Kofi Annan, the 7th Secretary General of the UN and co-recipient of the Noble Peace Prize:

“Any society that does not succeed in tapping into the energy of its youth will be left behind”.

Adults must act now and take responsibility to introduce a Climate Act for NI with a supporting Citizens’ Assembly that includes our youth in the process.