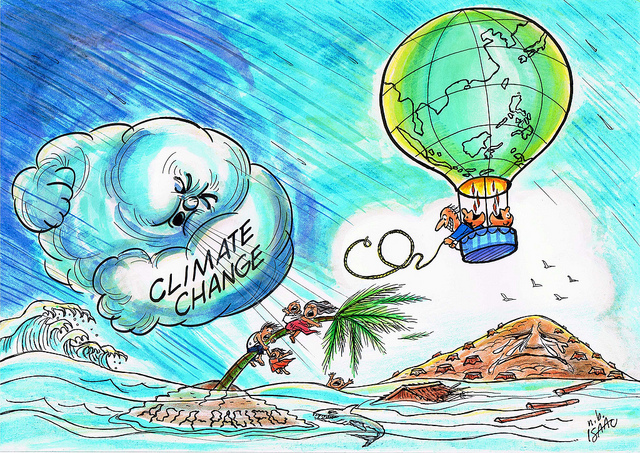 Energy is central to the functioning of modern societies and all societies require energy to meet basic human needs. Growing energy consumption creates immense challenges as most societies are dependent on fossil fuels (oil, gas and coal) as energy sources, resulting in greenhouse gas (GHG) emissions that contribute to climate change.

Climate change is increasingly recognised as the most pressing global challenge humanity faces and a host of international, European and national agreements and policies seek to reduce GHG emissions and aid transitions to a low carbon future. In Ireland, the new National Planning Framework, mitigation and adaptation plans are evidence of legislation and policies being orientated towards renewable energy development hand in hand with efforts to reduce GHG emissions, as part of the country’s transition.

Ireland has committed to a 20% reduction in GHG emissions by 2020 but recent research by the Environmental Protection Agency suggests the country will be lucky to achieve a 1% reduction in that timeframe. Ireland had the third highest greenhouse gas emissions in the EU in 2013, emitting 12.8 tonnes per capita – 45% higher than the EU average of 8.8 tonnes. A 2018 study of European Union countries and their climate actions found that Ireland was the second worst performer. Ireland is struggling to respond effectively to climate change and faces EU fines of  €600 million a year for failing to meet agreed GHG reduction targets and renewable energy goals.

Against this backdrop of interconnected environmental, social, economic and political issues, the Irish Government is considering a ban on indigenous gas and oil exploitation. Comprising members of parliament and senators, the Oireachtas Joint Committee on Communications, Climate Action and the Environment has commenced detailed scrutiny of the Petroleum and Other Minerals Development (Amendment) (Climate Emergency Measures) Bill 2018.

Initiated by Deputy Brid Smith, the Climate Emergency Measures Bill 2018 seeks to connect oil and gas exploitation with levels of carbon dioxide in the atmosphere, prohibiting authorisations for hydrocarbon extraction in Ireland when levels of atmospheric carbon dioxide exceed 350 parts per million globally. As the current level of atmospheric carbon dioxide is around 411 parts per million the Climate Emergency Measures Bill will, if enacted, stop future gas and oil production. In doing so, Ireland would join France, New Zealand, Belize and Costa Rica as countries that have banned hydrocarbon extraction.

On Tuesday 3 July, the Committee held its first day of deliberations on the Climate Emergency Measure Bill and this author was an invited witness to the Committee, joining contributors such as Prof. Emeritus John Sweeney (Maynooth University), civil servants, and representatives from oil industry and business groups. A second day of scrutiny involved witnesses from the Sustainable Energy Authority of Ireland, Gas Networks Ireland, Oil Change International and Zero Carbon Britain. While each witness acknowledged that climate change is happening, articulation of causes and solutions varied widely.

Drawing upon my research on Irish hydrocarbon policies, my submission emphasised how hydrocarbon exploitation, consumption patterns and climate change are entwined. My submission primarily focused on weaknesses in the state’s approach to indigenous hydrocarbon management, questioning whether limited economic benefits from hydrocarbon production should be used to justify continued extraction given the environmental damage and social conflicts caused by oil and gas exploitation.

A critique of the state’s current approach to gas and oil management begins with identification of flaws in the licensing system, fiscal regime and planning framework underpinning indigenous hydrocarbon extraction. Since the 1959 Oil Agreement, Ireland’s licensing system has involved the privatisation of state resources, with ownership of hydrocarbons transferred from the state to oil companies in exchange for a pre-agreed financial return. Ireland’s fiscal regime for hydrocarbon exploitation entails uniquely low tax rates (25% corporate tax; additional taxes applied to authorisations granted after 2007), culminating in some of the lowest rates  of government take globally, as colleagues and I have previously discussed.

Ireland’s licensing regime means companies are under no obligation to sell produced hydrocarbons back to the state and if they choose to do so, sales are at full market prices. Gas is currently produced from four areas offshore Ireland (three off the South coast, one offshore Mayo), connected into the national distribution network. Despite several discoveries, oil has not yet been produced offshore Ireland but in the event that oil is extracted it can be transported in tankers to other countries. Advances in liquid natural gas processing may mean future gas discoveries will be processed offshore and also transported away from the country. Arguments supporting the state’s current approach to hydrocarbon management on the basis of ‘security of supply’ are inaccurate as a supply of indigenous gas and oil is not guaranteed.

Another issue is the contradictory roles held by the Department of Communications, Climate Action and the Environment which is tasked with promoting hydrocarbon exploitation by private companies, overseeing extraction activities, functioning as resource owner, and paradoxically, environmental protection and climate action. Thus, the state body responsible for responding to climate change also promotes hydrocarbon exploitation, undertaking conflictual roles that do not correspond with environmental sustainability.

Flaws in the Irish model of hydrocarbon management are further compounded by weaknesses in planning processes as violently articulated through the Corrib gas conflict. Deficiencies include a disjointed approach to development, the facilitation of project-splitting, the exclusion of communities from decision-making, and the prioritisation of narrow, short term economic interests over long term societal and ecological wellbeing.

Encompassing exploration, appraisal and production activities, 79 authorisations are currently held by oil and gas companies operating in Ireland. The most recent exploration licence was granted in 2017 and allows the licence-holding company to conduct exploratory activities until 2032. Given that the Kinsale petroleum lease has resulted in 40 years of gas production and the Corrib gas project is expected to produce gas for 20 years, any subsequent production from the newest exploration licence could (hypothetically, as the company has yet not confirmed hydrocarbons) involve extraction beyond 2050. Indeed, if one takes account of delays moving between exploration, appraisal and extraction stages, for example the 19-year delay between discovery and production of Corrib gas, exploitation activities could occur past 2070. As argued by Oil Change International, Stop Climate Chaos, and the ‘Not Here, Not Anywhere’ campaign, such hydrocarbon extraction would seriously hamper the country’s ability to achieve its 2030 and 2050 goals for a low carbon society.

The multitude of issues surrounding Irish hydrocarbon management, hand in hand with research on climate change and arguments to leave fossil fuel resources unused, indicate an urgent need for energy transformations. The recent passing of the Fossil Fuels Divestment Bill by the Irish parliament suggests an appetite for change; let’s hope such inclinations will extend to the radical actions necessary to enable societal transitions to a zero carbon future.

Dr Amanda Slevin is a Lecturer in Social Policy in the School of Social Sciences, Education and Social Work at Queen's University Belfast. Her research focuses on society-environment interactions, particularly processes of decision-making and policy formation around hydrocarbons.