What can we learn from the democratic upsets of 2016?

With Trump in office and opening positions being articulated ahead of Brexit negotiations, the important question of how we got here remains the subject of debate and analysis. Dr John Moriarty reflects on these major democratic decisions and what they have taught us, or reminded us, about ourselves and our society. 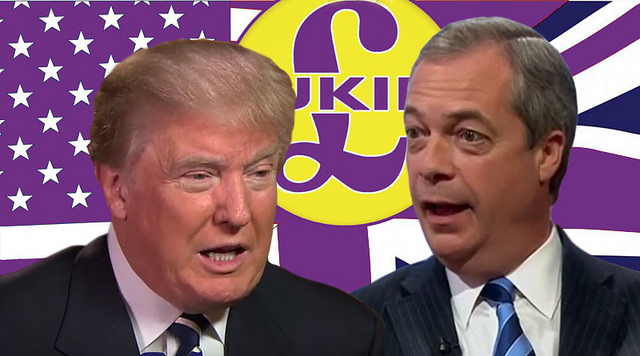 The analogies between the vote for Brexit and the vote for Donald Trump seem endless. The contests were close, bitter and dominated by personalities. Complex issues were simplified into soundbites, designed to play on voters’ fears. And both results have been interpreted through the prism of globalisation and the anger of those left behind.

But perhaps the biggest similarity is how unexpected either outcome was. I think it’s interesting to consider together the questions of why these democratic decisions were arrived at and why they were unforeseen.

In his book The Signal and the Noise: The Art and Science of Prediction, Nate Silver argues that when it comes to predicting the future, one of the enemies of accuracy is human bias. Silver repeated this argument on the eve of Trump’s election on a podcast at his FiveThirtyEight website:

“When you don’t have a systematic way to analyse things and there’s complex contradictory information, your biases are fairly likely to get the better of you.”

So which types of bias have contributed to the outcome of this presidential race and to the sense of shock now felt by many all over the world?

Donald Trump’s campaign rested on the idea that America was once great, but has fallen. Though the precise date of the ‘good old days’ was never made clear, it did become apparent that many Trump supporters identified as worse off and left behind by America’s direction in the last few decades. Now, if I tell you that the manufacturing company my father worked for moved its business offshore and left few opportunities in its stead, you can attempt to rebalance my view of history by pointing out that my life expectancy might have increased, or that I’m less likely to be maimed in the workplace than my father was. However, in the same way we refer to ‘eaten bread’ being ‘soon forgotten’, most people experience the sense of losing out more acutely than they do the sense of gain or good fortune.

This fed directly into the Brexit debate. The benefits one could list of the European Union – chiefly among them the idea that nations which warred consistently for centuries have been at peace with one another for 70 years – had little or none of the resonance of the apparent losses to the UK of its EU membership: the diminution of British identity through immigration; the loss of sovereignty and independent law-making capacity. When trying to move the dial among the swayable proportion of the electorate, attuning them to loss seems an effective approach, particularly if that loss has been inflicted by ‘them over there’ (see In-groups and Out-groups below).

Related to this is the idea of self-serving bias and attribution bias. This is my tendency to credit myself for positive events and aspects of my life and attribute the negative ones to external agents. After football on Sunday morning, I may well remember my involvement in a goal my team scored than my role in one we conceded: for the latter, I have ten team-mates and a bumpy pitch with whom to share the blame.

The argument that globalisation, trade and integration costs jobs and leaves ordinary people behind is one which taps directly into attribution. It’s an argument which was difficult to counter in both campaigns. Yes, but free trade also gets you cheaper socks. And it’s actually technology, the same we avail of to make day-to-day living easier, which is replacing humans in the labour market. Neither of these makes for a catchy or palatable retort!

Movements thrive on the existence of an other, or group of others, who are to be resisted. When I watch the Irish rugby team play a Six Nations rival, my opposition to that rival alters how I perceive that Out-group, their skill-level, their stylistic qualities and their all-round virtue as a team. But, perhaps more crucially, the adversarial dynamic dulls my ability to critique the In-group and perceive my own team’s flaws.

Both Donald Trump and Hillary Clinton were, as national exit polls eventually showed, disliked and distrusted by the majority of those surveyed. Yet, for both sides, the prospect of the other winning was so abhorrent as to make their own candidate’s flaws safely ignorable.

Trump’s campaign harnessed this dynamic in a particular way, namely to make the ‘Establishment’ the other; The Washington ‘Beltway’ became the ‘swamp’ that must be ‘drained’. This served to see off his Republican rivals in the primary, with Clinton later cast as the high queen of the insiders.

Another strain of Out-group thinking is the biased perception that members of the Out-group I oppose are more alike than the In-group which I belong to. This was effectively utilised in the Brexit campaign by Leave campaigner Michael Gove when he declared that

“the people of this country are tired of experts”.

In this Sky News interview, Gove ushered a diverse body of opinion from the International Monetary Fund, the Bank of England, the Institute for Fiscal Studies, trade union leaders and the head of the National Health Service into one box labelled ‘experts…from organisations with acronyms’. Though the ‘experts’ line made the headlines, perhaps the better example of the appeal to a homogenous out-group was the preceding line that

“the people who are backing the remain campaign are people who’ve done very well thank you from the European Union”.

Why were we surprised? In the US election, up to close to the final hours, several analysts including Nate Silver insisted that the evidence of the polls favoured Clinton, but were close to the historical margin for error and indicated a close and live race. If you were voting for, or hoping for a win for Clinton, you might have read that sentence up to the word ‘Clinton’ and paid less attention to what came afterwards. We attend differently to information which supports our view of the world from that which doesn’t. We ascribe different motives; we apply different levels of scrutiny.

This is compounded by repetition bias where, if I hear something more often and from more sources, I’ll be more open to believing it. This effect is particularly important in the mass media age, in that there’s no shortage of sources on major topics. This is also what underlies the “echo chamber effect”, where by interacting online with people similar to me, and by reading sources whose beliefs and outlook align with my own, I’m increasing my level of exposure to their, potentially wrong, viewpoints and predictions.

Of course, the electorate isn’t helped to prepare itself for the eventual outcome when, among the groups affected by all of these biases is the opinion pollsters, who tend to ‘herd’ around a consensus prediction as polling nears.

We knew all this… and yet…

Nothing I’ve described is new. Decades of social science have equipped us with tools to understand the flaws in our own reasoning as individuals and the maddening effects of being one of a crowd of any size. Yet a significant proportion of the social scientists who involved themselves in commentary on these campaigns did so in the capacity of analysing the characters at the centre of the narrative, rather than the audience and ultimate decision makers. Trump in particular was frequently the subject of quasi-diagnosis from afar based on his behaviour, with evidence usually offered for profound egotism bordering on psychoticism. Apart from the more minor point that apparent egotism probably isn’t altogether exceptional among presidential candidates, I feel there’s a greater point being missed in this endeavour.

That is that democracy is meant to be about us, more than the candidates. And we are our own great frontier, as there is always more we can try to understand about ourselves and the complex society we’re creating together. I don’t object to people offering their expertise in any area to a debate. However, I think some of those offering to diagnose Trump could do well in future to help educate us more about ourselves and our own flawed reasoning, rather than pointing up at the flaws on display on the podium.