Jordan’s troubles in its own backyard

Professor Beverley Milton-Edwards looks at the current situation in Jordan and highlights that a growing movement of homegrown and widespread protest has shaken the certainties of loyalty that King Abdullah II could once rely on. 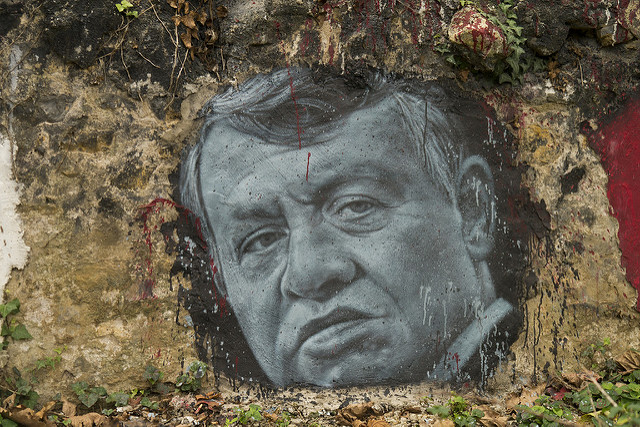 King Abdullah II of Jordan has had every reason to be pleased with himself lately. Following the January inauguration of President Donald Trump, he was the first Arab leader invited to Washington to meet with the new administration. The visit was hailed a success by all involved—not only in terms of U.S.-Jordan relations, but also as an opportunity for the king to caution Trump against moving the U.S. embassy from Tel Aviv to Jerusalem.

The visit, however, was only a temporary distraction from the ongoing security and political crisis that has been unfolding in Jordan for the last year. Jordan has witnessed a rising number of homegrown terrorist attacks and security incidents. Additionally, the king’s apparent inability or unwillingness to institute substantive socio-economic reform, end corruption, and increase citizens’ rights has led to spiraling protests.

“Stop messing with the country’s future!”

Jordan’s leaders frequently invoke the stability of their country and the relative quiescence of their citizens in appeals for increased international support. Compared to Jordan’s neighbors, this may be the case—but everything is relative. A growing movement of homegrown and widespread protest has shaken the certainties of loyalty that King Abdullah II could once rely on. These protests, once confined to restive Palestinian-Jordanian citizens, is now apparent in the heartlands of Jordan’s southern region, where tribal loyalties remain strong.

In towns and cities like Kerak and Salt, protests have erupted over government price hikes, tax increases, and other government policies among a population with rising youth unemployment and poverty rates. In an echo of protests that occurred last fall over a gas deal with Israel, disparate societal elements have organized rallies in large cities like Amman. Officially described as “shadowy alliances,” the protesters include the Islamic Action Front, tribal leaders, youth, and grassroots elements from Hirak—a cross-section of Jordanian society.

Recent opinion polls highlight the depths of dissatisfaction at government policies and the limited effects of reform. Moreover, signs of ongoing restiveness in towns like Kerak, often described as the heartland of the Hashemite monarchy, highlight the security vulnerabilities facing the government that policies implemented over the last six years have failed to mitigate.

Although the proposed move of the American embassy in Israel was high on Abdullah’s agenda for his meeting with President Trump, the king also sought to press the advantage with administration officials to strengthen his position in the face of domestic critics when it came to his troubles at home.

The growing threat of ISIS spillover from the conflicts in Syria and Iraq—as well as evidence of rising militancy at home—has increased concerns that Jordan faces new security risks. While Jordan has long faced the threat of terrorism, recent incidents have renewed and heightened fears: In 2016 alone, the Kingdom encountered major terrorist incidents in Irbid, Kerak, al-Baqaa camp (where a gunman killed five Jordanian intelligence personnel), and al-Jafr airbase from homegrown elements. Terrorist threats are an everyday concern for Jordan’s intelligence and security forces, perhaps now more so than in the past. Once revered as the best in the Middle East, these forces have now been repeatedly caught on the back foot and targeted by homegrown terrorists across the country. American personnel have also been attacked by Jordanians. A 2016 New York Times editorial highlighted lapses in the intelligence that the United States provided to Jordan, which may have played a part in a November 2015 shooting killing two U.S. security trainers. Along Jordan’s border with Syria—in an area known as “the berm”—ISIS activity has been reported in Rukban and Hadalat; from there, ISIS fighters have launched attacks within Jordan.

Some in the Hashemite royal circle fear that Washington may not fully appreciate the challenges they face. Last year, President Obama approved $450 million in military assistance (paling in comparison to $3.8 billion in military assistance to Jordan’s neighbor Israel). King Abdullah repeatedly clashed with the Obama administration’s narrow focus on ISIS in Syria (and drew Jordan into that part of the strategic plan). However, the king never appeared to persuade the president to his view for a broader push. This is the challenge that Abdullah faces again with the Trump administration, and it may be that the rise in Jordan’s own domestic security challenges—coupled with the pressures that ISIS is putting on the border with Syria and Jordan—proves effective. Indeed, the U.S.-led campaign against ISIS cannot succeed if Jordan’s role as the pivotal Arab state on the front lines of the crisis in Syria is imperilled.

If in doubt, change your Prime Minister

In the past, public protests have exacerbated King Abdullah’s revolving door policy towards prime ministers—six in the last six years alone. Jordan’s current prime minister, Hani Al Mulki, appears to be facing a similar fate. Abdullah may also choose to replace other senior members of his government. However, changing prime ministers or other officials is no longer a sufficient answer to the problems facing Jordan. To address the threat of radicalization and the underlying socio-economic conditions that cultivate it, King Abdullah must do more to implement the kind of meaningful political, social, and economic reforms that he promised his people more than six years ago.

Bolstering a reform agenda in Jordan should rank as a high priority for the Trump administration as it seeks to intensify the campaign against ISIS. This means that “security-first” approaches must be much more inclusive of the fundamental economic, social, and political measures required for Jordan to help prevent further radicalization and instability in the country. The Trump administration should seize the opportunity to review its assistance programs across the region—including those directed toward Egypt, Jordan, and Israel—in order to ensure that each government receives the aid that is sufficient and effective to meet the threat it faces. For as one leader of al-Qaida in Jordan recently warned: “if Jordan falls, the whole of the region goes with it.”