In this suite of commentary on the upcoming Platinum Jubilee of Her Majesty Queen Elizabeth II, scholars from the School of History, Anthropology, Philosophy and Politics reflect on the historical and current significance of Elizabeth’s reign. In our fourth and final article, Marie Coleman identifies the challenges facing the monarchy in the face of emerging opposition to continued links with the monarchy in the wider commonwealth. 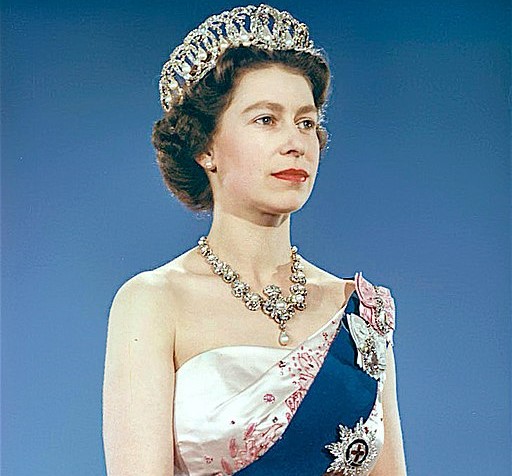 The platinum jubilee of Her Majesty, Queen Elizabeth II, is a remarkable occasion for the longevity of her tenure. Thirty years ago, when marking her ruby jubilee, it was Elizabeth herself who recognised that 1992 had not been the happiest year of her reign. In what is now known as her ‘annus horribilis speech’ delivered at London’s Guildhall that November she admitted that ‘1992 is not a year on which I shall look back with undiluted pleasure’.

She was speaking four days after a serious fire caused nearly £40 million worth of damage to one of her official residences, Windsor Castle. It was also a year in which publicity surrounding the private lives of her children and their spouses occasioned much embarrassment – including a divorce (Anne), a separation (Andrew), and published revelations of an extra-marital affair (Charles).

Arguably things would get even worse five years later, with the death in a car accident of Diana, Princess of Wales (by then divorced from Charles) and the public’s initial sense that the Royal Family had reacted in a cold and aloof manner by refusing to return to London from Balmoral and only doing so in response to public demand. This might have served as a wake-up call and since then the monarchy, with Elizabeth at the helm, has regained its place in the affections of the British public, as noted by the more celebratory atmosphere surrounding her golden and diamond jubilees in 2002 and 2012 respectively, the latter coinciding conveniently with the London Olympics and Elizabeth’s James Bond cameo.

On the occasion of what is realistically likely to be the last major chronological milestone of Elizabeth’s reign, where does the institution stand compared to the time of her accession 70 years ago? 2022 might yet come to be seen as another ‘annus horribilis’, rather than the ‘annus mirabilis’ that many would consider appropriate for the landmark achievement of a seventy-year reign. Prince Andrew’s tribulations remain a source of embarrassment for the Royal Family thirty years on and he has effectively been sacked as a working royal, while Harry has taken the unusual step of voluntarily removing himself from the ‘firm’.

The Queen’s health is clearly a cause of concern and since she cancelled a planned appearance at the interdenominational service for the centenary of Northern Ireland held in Armagh in October, she has been absent to an unprecedented extent from major ceremonial and diplomatic occasions, including Armistice Day, Cop 26, Maundy Thursday and the state opening of parliament, events at which previously only pregnancy limited her attendance. It remains to be seen how many public events she will attend at the upcoming jubilee celebrations.

The decision that Prince Charles would deputise for her in delivering the ‘Queen’s’ speech to the recent opening of the new parliamentary session highlights the extent to which the heir to the throne is effectively undertaking many of the monarch’s day-to-day functions. In episcopal terms, Charles would be deemed a ‘co-adjutor’. This raises an obvious question of why, at the age of 96, Elizabeth has not earned the right to retire in peace? Senior royals elsewhere, including Queen Beatrix in the Netherlands and Spain’s Juan Carlos – and even Pope Benedict XVI – opted to abdicate in favour of a successor, if not willingly in Juan Carlos’s case.

The most likely reason that Elizabeth chooses not to do so has less to do with perceptions of Charles’s ability or popularity and more to do with the unsavoury reputation of the ‘A’ word within the British royal family. Unlike her immediate heirs presumptive, Elizabeth was not born to be queen, but found herself as heir apparent at the age of 10, when her father became king (as George VI) when his brother Edward VIII abdicated to marry the American divorcee, Wallis Simpson. The then Conservative government of Stanley Baldwin made it clear that neither public nor political opinion would countenance a monarch married to a divorcee.

The role of the Baldwin government in forcing the hand of the monarch raises the interesting question of relations between the Head of State and the Head of Government. By and large Elizabeth is seen, or at least wishes to portray herself, as being above politics. It is likely that she was far from impressed by being dragged into the spectacle of the government seeking to prorogue parliament for its own political ends in 2019, only to have the effort stymied by the supreme court. That episode is likely to have done little to enhance her relations with the current prime minister, Boris Johnson. It was notable that in the same week as her absence from delivering the Queen’s speech (outlining the legislative agenda of Johnson’s current government), she had recovered sufficiently within a matter of days to indulge her passion for horses by attending the Windsor horse show.

The desire not to be dragged into political controversies is a legacy of the one occasion during her reign when Elizabeth was seen to have been exploited for political ends, during a constitutional crisis in Australia in 1975. The Queen’s representative in Australia, Governor General Sir John Kerr, ordered the removal of the sitting Labor Prime Minster, Gough Whitlam, and his replacement by the Liberal-Country Party’s leader, Malcolm Fraser. The Australian historian Jenny Hocking has recently succeeded in accessing correspondence between Kerr and Buckingham Palace that raise questions about the Queen’s prior knowledge of the plan. Maintaining secrecy remains central to constructing the semblance of non-interference in politics by the Royal Family, complicating historians’ task of assessing just how political or not Elizabeth has been during her seventy years on the throne.

Australia has emerged in this jubilee year as another potential concern for the relationship of the royals to the Commonwealth. The recent election victory of the Labor Party, led by the avowed republican Anthony Albanese, has the potential to reignite the question of a republic, which had gone quiet after the defeat of the referendum in 1999.

Of much more immediate concern is the turn against the royals in the Caribbean. Since Barbados removed the Queen as Head of State and became a republic in 2021, visiting royals have received cool receptions in this jubilee year in Jamacia, St Lucia and Antigua, where the extent of local concerns about the monarchy’s ability to address the legacy of slavery appears to have caught the Royal Family’s advisors unawares.

When Elizabeth acceded to the throne in 1952, the United Kingdom had a constitutional presence in more than seventy overseas territories and dominions. Within ten years Harold Macmillan’s so-called ‘winds of change’ had reduced the number and significance of this presence considerably, especially in Africa and the Caribbean. The monarchy, for the remainder of Elizabeth’s reign and during that of her successors, is potentially facing a new phase of withdrawal. It may well be affection for the person of the current monarch, rather than any serious regard for the institution of the monarchy, that is maintaining this tenuous link for now.

Of much greater concern is the domestic question of the integrity of the union, with growing republican sentiment in Scotland (as analysed in Coree Brown Swan’s accompanying piece), some such stirrings (though on a much more muted level) in Wales, and the potential of an Irish border poll. The monarch’s titular role as Supreme Governor of the Church of England is also likely to come under question, especially with the Prince of Wales having declared some years ago his preference to be seen as ‘defender of faith’ rather than of ‘the faith’.

Under Elizabeth, the monarchy has evolved and responded effectively to change over the past seventy years, and now appears to be facing considerable challenges similar to those posed by decolonisation in the early part of this ‘Second Elizabethan Age’.

The featured image  has been used courtesy of a Creative Commons license.