Stop shaming mothers who want to breastfeed their babies

Dr Lisa Smyth looks at the pressure mothers face from society when it comes to feeding their babies and she turns to Scotland to see if they can lead the way in changing attitudes to breastfeeding in public. 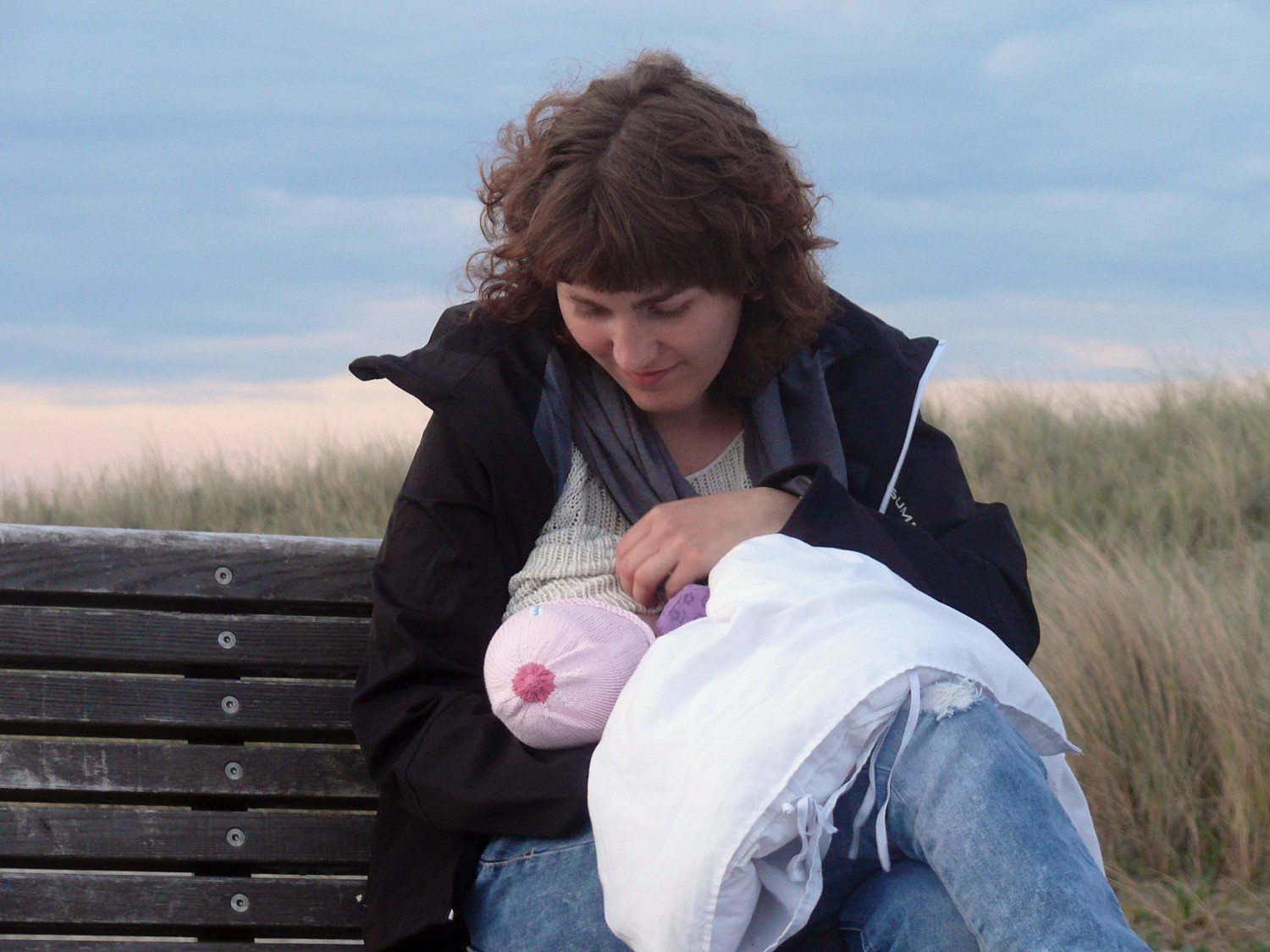 When it comes to feeding babies, mothers are under a lot of pressure: pressure from healthcare professionals to breastfeed, pressure from companies to use formula milk – and pressure from society to cover up in public and be discreet.

Juggling these conflicting demands is almost impossible. Is it any wonder that the UK has one of the lowest rates of breastfeeding in the world? Breastfeeding rates haven’t changed much in the past decade, despite a lot of promotional activity. It’s time to ease the pressure on new mums, but how?

Let’s start with ideas about “public decency.” While 72% of people recently surveyed in England thought women should feel comfortable breastfeeding in public, 60% of mothers said they try to hide what they’re doing. News reports about breastfeeding women being asked to leave shops, leisure centres and other public places are common, despite this being unlawful since 2010. Stories like these add fuel to the idea that public breastfeeding is something shameful and likely to cause offence.

Breastfeeding advocates often recommend that mothers breastfeed discreetly, so as not to draw attention to what they’re doing. This has, maybe unsurprisingly, created a peculiar market in breastfeeding cover wear (“modesty shawls”), which again reinforces the idea that public breastfeeding is objectionable.

The second suggestion from breastfeeding promoters is that mothers should simply ignore disapproving glances and comments. Instead of worrying about being insensitive to others or feeling ashamed, they should know that they’re doing nothing wrong and feel proud of their courage and dedication.

Although this kind of nonconformity can change social attitudes, the pressure to be assertive does add to the strain of early motherhood. Women shouldn’t be pressured to change public attitudes by themselves. There must be a less burdensome way to support public breastfeeding.

In developed countries such as the UK, breastfeeding is much more common among the middle classes – and it is often assumed that younger and poorer mothers are less likely to breastfeed because they lack education about the health benefits, such as better immunity for the baby. But this isn’t necessarily the case – and if we are to combat this assumption we need a better understanding of how ideas about public decency have a different impact across the social structure. The higher your status, the less you have to lose by not conforming to norms about public decency.

Inequalities of class, age and ethnicity combine to concentrate formula feeding among the most disadvantaged. Mothers need to be supported to feed their babies in ways that are sensitive to these sorts of inequalities and don’t add to the burden of guilt and shame.

Scotland may have found an answer. The Breastfeeding etc (Scotland) Act 2005 tackles the problem directly, making it illegal for anyone to prevent a woman from breastfeeding a child under the age of two in a public place. The law entitles mothers to breastfeed almost anywhere, without the pressure of worrying about causing offence.

Since this law was passed, we don’t hear stories from Scotland about women being asked to stop breastfeeding in public. This is very different from the situation in the rest of the UK, where legal protection is weaker and is buried in more general legislation. The Equality Act 2010 makes it an offence to discriminate against a woman because she is breastfeeding, at least during the first six months following birth. Northern Ireland, with the lowest rates of breastfeeding in the UK, is considering following Scotland’s example.

Still, rates of breastfeeding haven’t changed much in Scotland since this law was introduced. Changing attitudes is a slow business – and creating a supportive environment where mothers can make genuine choices about how to feed their babies, free from moral pressure of any sort, is not a simple matter. Legislation is one important step in the right direction. Tackling social inequalities is another.

Dr Lisa Smyth is a senior lecturer in the School of Sociology, Social Policy and Social Work at Queen's University Belfast. Dr Smyth's research focuses on the normative, interactive and emotional quality of social status, with a particular focus on gender and families.