The Trump Presidency: What we know and what we might not

Dr Stefan Andreasson takes a look at some of the key appointments President-elect Trump has been making and what these signify for future policy developments. 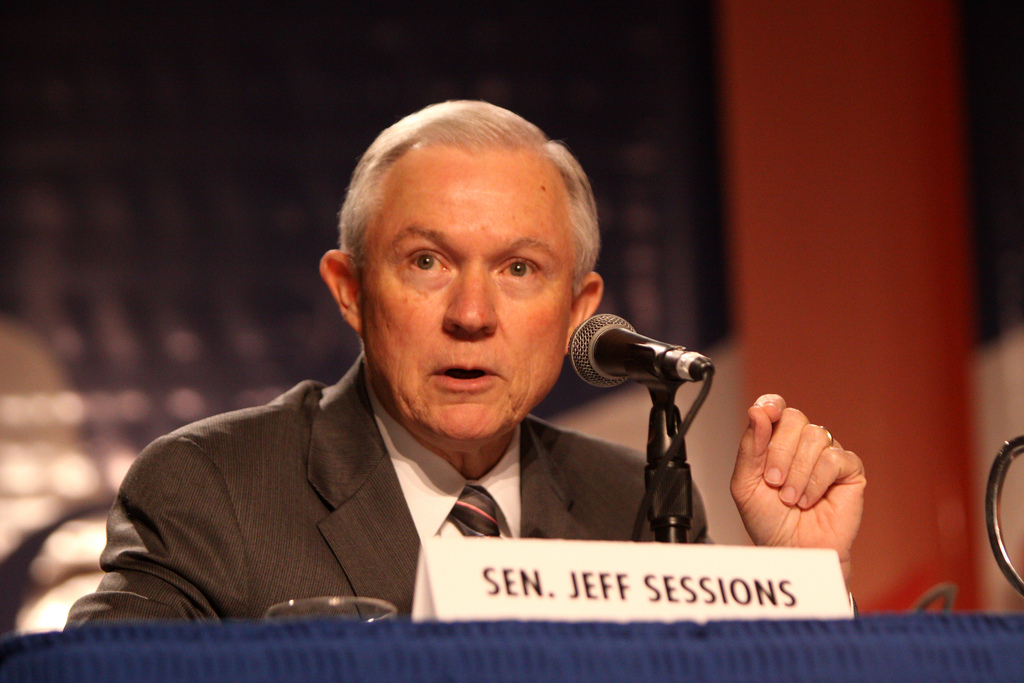 The vast majority of political experts, pollsters and bookmakers – as well as the plurality of American voters who cast their vote for the other main candidate – found themselves caught by surprise on the morning of 9 November as the news networks announced the election of the once seemingly far-fetched presidential candidate Donald Trump. Having gained a clear majority of votes in the Electoral College, his four-year term as President of the United States will begin on 20 January 2017.

The initial response in the US and abroad has been one of volatility (if among the US public more so than global markets), caution (foreign governments including allies) and, above all, a sense of uncertainty about who will become key decision-makers in the Trump administration and what his presidency will entail across a range of high-profile issues. Notable among these are domestic ones such as civil rights and policing, immigration and taxes, and international ones such as international relations and military alliances, international trade, and energy policy including climate change. Early indications of particularly controversial developments in three of these policy areas are emphasised below.

Trump’s early hints and choices for appointments and nominations to his administration and Cabinet will not assuage those worrying that he will opt for confrontation rather than conciliation. Nominating Alabama Senator Jeff Sessions as Attorney General ensures that escalating controversies around policing in ethnic minority communities and enforcement action against undocumented immigrants will intensify. A previous nomination of Sessions by President Reagan to a federal judgeship in 1986 failed following accusations of racism, including joking approvingly about the Ku Klux Klan, the country’s foremost White supremacist terror organisation.

As prospective Attorney General, Sessions is likely to stoke conflict rather than achieve cooperation with civil rights groups such as Black Lives Matter and voting rights organisations such as Project Vote. The appointment of Steve Bannon, former head of Breitbart, a right-wing news outlet considered a mouthpiece for the ‘alt-right’ movement that is closely linked to white nationalism and neo-Nazism, as Trump’s chief strategist and Senior Counselor will furthermore heighten the sense of alarm among civil rights advocates.

The surprise nomination of former Massachusetts Governor – and 2012 Republican presidential candidate – Mitt Romney as Secretary of State would suggest a tilting towards the centre following a campaign filled with combative statements relating to America’s international alliances and agreements, ranging from US support of NATO and the defence of fellow members to nuclear proliferation including the Iran nuclear deal. The former US Ambassador to the UN, John Bolton, would constitute a hard-line choice along the lines of Trump’s ‘America First’ vision for international relations – a straightforward example of a more combative approach towards America’s European NATO allies, reinforcing the American demand for Europeans to live up to their defence spending commitments.

An appointment of former New York Mayor Rudy Giuliani would be more difficult to read, beyond what can be gleaned from his profile as ‘America’s Governor’ at the time of 9/11 and his subsequent self-styled role as guardian against the dangers of so-called Islamic terrorism, American Muslims and Syrian refugees. The appointment of retired Lt. General Michael Flynn as National Security Advisor adds to the sense of a hard line shift with serious implications for America’s international alliances: he has described Islam as a ‘political ideology’ that has ‘metastasised … into a malignant cancer’… Much was made of former President George W Bush carelessly referring to the War on Terror following 9/11 as a ‘crusade’. With Flynn, such a mind-set will be explicitly foregrounded in Trump’s foreign policy-making environment and in its engagement against terrorism worldwide.

Energy and climate policy is the area where Trump may be best equipped to move quickly and to drastically transform the ‘progressive’ approach of the Obama administration. While Trump will not be able to simply ‘cancel’ the Paris Agreement on climate change, his administration could simply choose not to actively enforce the US commitment. This would in turn have a significant impact on other key actors such as China and India whose active participation and engagement is crucial if there is to be any chance of mitigating increases in global temperatures.

Trump’s appointment of Myron Ebell, the Director of Global Warming and International Environmental Policy at the libertarian Competitive Enterprise Institute, to oversee the Environmental Protection Agency (EPA) transition is a clear indication that Trump is serious about reversing the Obama administrations overtures towards renewable energy and tackling climate change. Likewise his consideration of Oklahoma oil billionaire and Continental Resources CEO Harold Hamm as Energy Secretary suggests a sharp tack towards supporting America’s oil companies and its fossil fuel-dependent, energy intensive industries. A Trump administration would, moreover, have no difficulty convincing a Republican Congress of the value of sustaining America’s ‘shale revolution’ and the international competitiveness of its energy-intensive industries as a key strategy in attempting to ‘re-shore’ American companies that have left for lower wages abroad, even though some state governments could frustrate such efforts.

Any new presidential administration entails some measure of change and discontinuity with the previous one, especially when there is a change from a Democratic to a Republican president, or vice versa. And while all presidents are constrained by the checks and balances between the three branches of the federal government (executive, legislature and judiciary) as established by the Constitution of the United States, they are less so in times of unified government, where the incoming president’s party is also in control of Congress, as will be the case come 2017 when the Republican Party will control the presidency, Senate and House of Representatives.

This time, however, the incoming president, while not a blank slate, is a largely unknown quantity in terms of governing, and the implications of his assuming office less predictable than that of any other President Elect in modern times, if not the history of the United States. Trump has no track record of governmental or public service whatsoever. He has a more contentious relationship with the political party on the ticket of which he was elected and has been less beholden to even the most basic standards of political conduct than any of his modern era predecessors. Trump’s rise to power is, in the US context, an historical outlier albeit with echoes of earlier populist campaigns (including those of Louisiana Governor Huey P Long to Alabama Governor George Wallace).

Whatever the consequences of his presidency, we have decidedly less to go on when attempting to foresee them than is normally the case in the political buzz of the post-election environment. What is not in doubt is that, with a new nationalism on the march across much of Europe and Asia, the stakes are high and Trump’s is a presidency unlikely to regress towards the mean.