The roots of Trump’s “travel ban”

Since 9/11, there has been a shift from catching terrorists to policing Muslims says Dr Zaheer Kazmi. 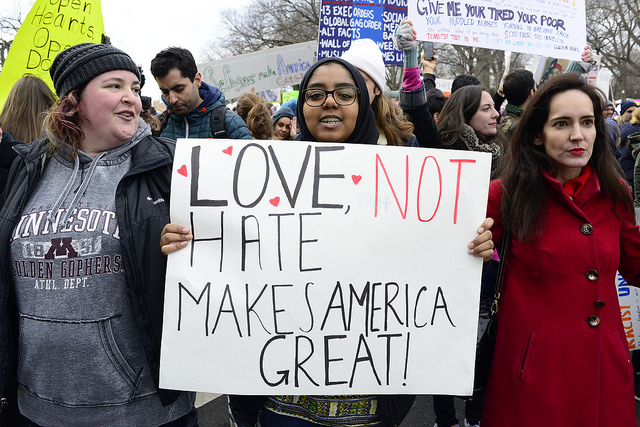 Recent moves by the Trump administration to ban entry to the US of citizens of several Muslim-majority states seem to be a striking departure from western counter-extremism policies. These strategies have focused until now on the proscription of specific individuals and terrorist groups rather than on blanket bans on whole countries.

Meanwhile, the administration’s parallel desire to designate the Muslim Brotherhood a foreign terrorist organisation is also gaining steam. This has revived perennial tensions in western policy circles over how to deal with the apparently non-violent Islamist “movement,” which has been notoriously difficult to define as a unitary entity.

But while they may appear to augur a new era, Trump’s actions have deeper roots, which reveal the coming together of two distinct but related policy developments since 9/11: attempts by western governments at proscribing non-violent Islamist groups; and the direction of travel in definitions of extremism. The pattern has been to target violence, then non-violent extremism and now, it seems, followers of a particular faith.

The growing intimacy between these trends has been most apparent in the evolution of the UK’s counter-extremism policy, especially since 2014 and the subsequent period of Conservative ascendancy following their election victory in 2015. The problems associated with these recent policy developments point to three underlying issues the Trump administration now also faces: the need for clarity in defining “extremism” and “political Islam”; the limits of policing transnational movements by unilateral domestic means; and the efficacy of using proscription as a policy tool.

To read more of this article which originally appeared in Prospect Magazine click here.

Dr Zaheer Kazmi is a Senior Research Fellow in the Senator George J Mitchell Institute Institute for Global Peace, Security and Justice. His research focuses on the conceptual, historical and transcultural study of ‘radicalism’ and explores comparative ideas and practices of dissent and state subversion in Islamic and Western contexts. He is especially interested in the relationship between Islam and liberalism and the evolution and impact of Western counter-terrorism policies on contemporary Muslim politics, culture and society and has wider research interests in anarchism, globalisation and counter-culture.