Professor Beverley Milton-Edwards looks at how the end of the latest ceasefire in Yemen is a lost opportunity and has led to one of the worst humanitarian crises in the world. 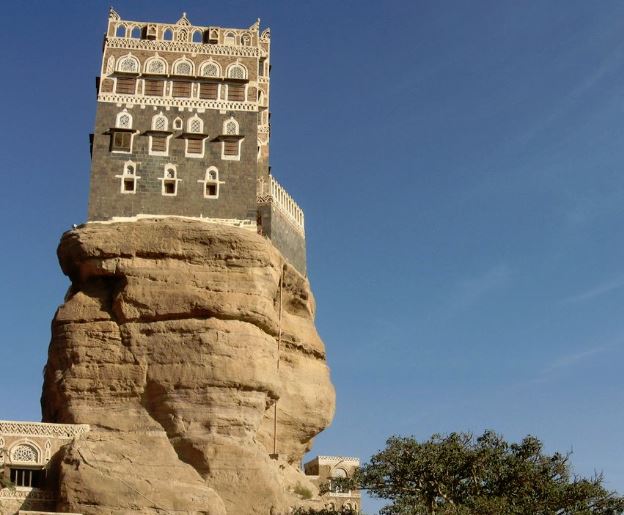 The mid-November announcement of yet another ceasefire in Yemen should have been good news. Ostensibly, the short break in fighting between a Saudi-led coalition of pro-Yemeni forces against Houthi rebels was for humanitarian reasons. But the ceasefire didn’t hold, and reports indicate that it won’t be renewed. This brief ceasefire – and short ceasefires in general, even when they do hold – simply did not offer enough time to begin tackling the impacts of prolonged violence in this fragile and desperately poor state on its civilian population.

Even before this latest round of instability and the March 2015 launch of the Saudi-led military campaign in Yemen, the country was among the poorest in the Middle East. The U.N. has called the current situation one of the worst humanitarian crises in the world. The conflict has intensified a long drawn-out human catastrophe, characterised by endemic poverty, weak governance, and almost non-existent rule of law.

Since the outbreak of the Arab Spring in 2011, Yemen has reeled from one political shock to another. Its authoritarian leader President Ali Abdullah Saleh was ousted from power by popular pressure but his successor, Mansour Hadi, has failed to win the support of his country. Houthi rebels took power in Yemen in September 2014 and by March the following year, President Hadi was forced into exile in the Saudi capital Riyadh.

Since then, the country has imploded further as the Saudi-led coalition has fought the Houthi rebels, who are widely believed to benefit from Iranian arms and financial support. This form of external influence by outside Gulf actors has exacerbated the conflict in a state that has struggled to hold together its national fabric under decades of authoritarian rule.

The principal victims of the conflict in Yemen are not the armed forces on either side, but ordinary people. The U.N. has reported that since March 2015, an average of 113 people are killed or injured every day in Yemen. These are people who are also mostly unable to meet their food needs, and who lack access to clean water and sanitation. As many as 3.5 million Yemenis are also homeless: either internally displaced or refugees who have fled to other countries.

The short 48-hour or 72-hour ceasefires, even if respected by the warring factions, are like a grain of sand in the desert when it comes to meeting the immense needs the conflict has generated. As was witnessed this month, such a brief lull in the fighting does not offer enough time to bring food, medical supplies, and water to the millions of Yemenis who need urgent help. It is certainly not enough time to re-build shattered homes, marketplaces, clinics, and hospitals, nor to rescue the hundreds of Yemeni children forced into being child soldiers. Reconstruction and housing support for those displaced by conflict and those hosting them in Yemen has put a severe strain on the civilian population. The prolonged nature of Yemen’s conflict also increases the liability the country poses in terms of humanitarian assistance and recovery.

Resource Crisis and Political Will

Even if short ceasefires offered a sufficient window for humanitarian and relief agencies, or could be extended, there is one significant obstacle in the way: resources for help. Although the European Union – as well as states like the United States, Saudi Arabia, and the United Arab Emirates – have pledged aid and assistance to Yemen within the framework of the Humanitarian Response Plan, some pledged funds have failed to materialise, and wider funding calls remain unmet. The U.N. has appealed for $1.63 billion to help Yemeni civilians – as of this June, however, the U.N. had received only 25 percent of  this funding call; as of November, indications were that receipts would still fall far short of requirements for assistance.

In the future, the United States is likely to recalibrate its Yemen strategy. In 2016, the Obama administration was the most generous aid donor in the Yemen Humanitarian Response Plan framework; there are no guarantees, however, that a Trump administration will continue to provide the same level of U.S. assistance. President-elect Trump has already warned that he is reluctant to fund efforts abroad with money that could benefit U.S. citizens at home. Diplomatically, the Trump administration is likely to retreat from actively mediating conflicts like Yemen’s, diverging from Secretary of State John Kerry’s efforts.

The new administration should reconsider Washington’s role in providing intelligence and operational military support to the Saudi coalition efforts. American support has dragged out the conflict and contributed to the high humanitarian costs.  Moreover, the U.S. should engage much more robustly with Riyadh to limit the civilian casualities in this brutal military campaign.

Unfortunately, in its present manifestation, the Yemen ceasefire formula isn’t likely to end the conflict or even protect Yemeni civilians as they continue to be targeted and displaced. The situation may get much worse under a Trump administration, particularly if such efforts are unsupported and aid assistance is cut.