Engaging with Complexity: the Common Purpose Framework for the Prevention of Youth Violence and Criminal Exploitation

Dr Colm Walsh outlines the issues associated with violence that continue to affect communities across NI. He also looks at developments in the science of prevention, including the potential utility of a public health framework, and through an effective research, policy and practice partnership, he highlights the development of a process framework and training called ‘Common Purpose’. 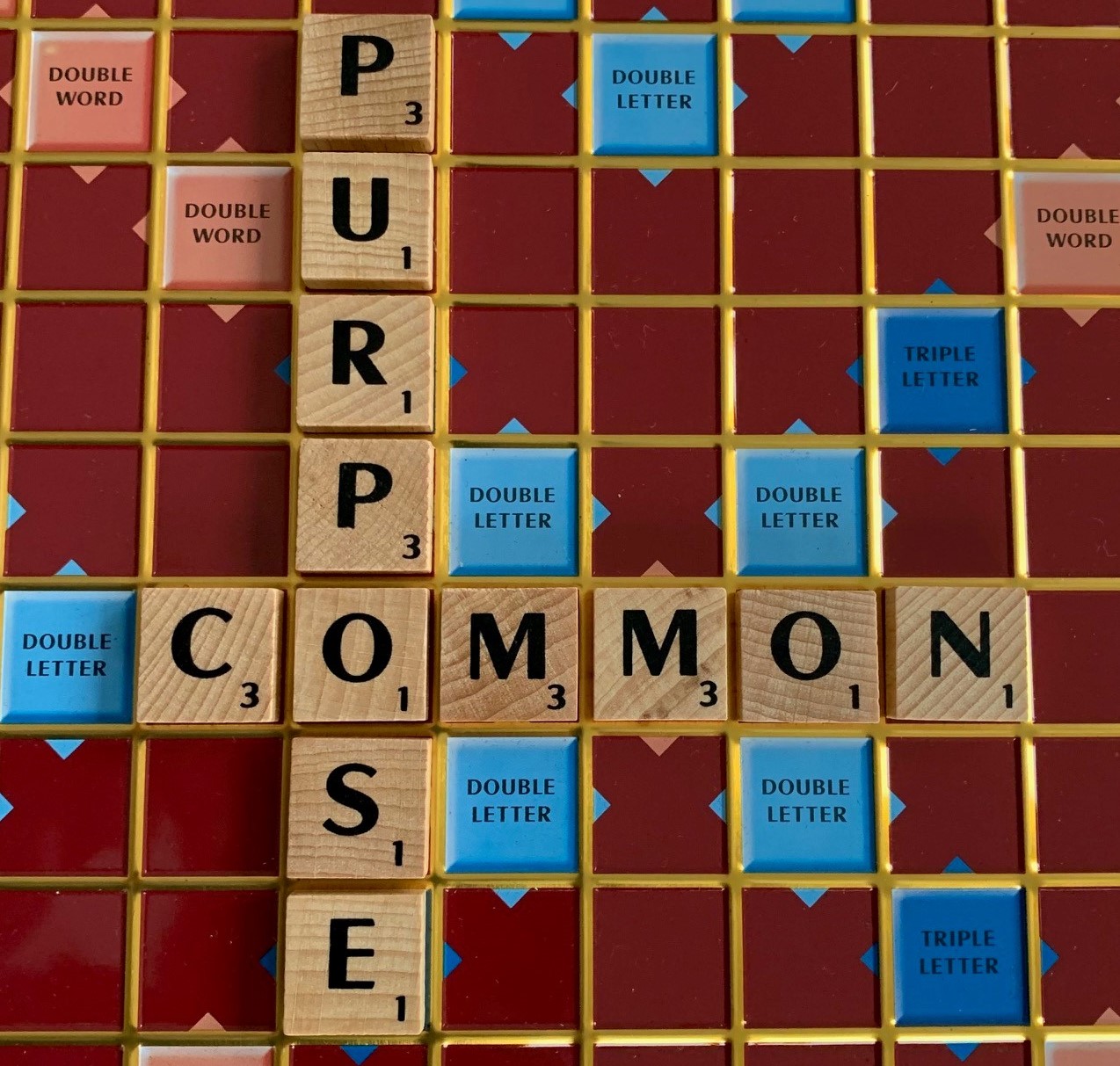 This article is the first in a series outlining an important academic policy, practice partnership that seeks to understand and respond to the vulnerability of young people in Northern Ireland through the Tackling Paramilitarism Programme which is being led by the Department of Justice.

The Problem of Violence

Interpersonal violence is complex and it is a pervasive social challenge. Across borders, violence equates to increased mortality and elevated psycho-social problems. It is also economically costly. Violence places enormous pressure on health and social care systems, as well as on justice agencies. Its effects ripple across society not just in the short term, but over the longer term also.

Although it affects many different groups, youth are disproportionally affected. Globally, it is estimated that 1 billion children and young people are affected by violence annually and a recent global status report on violence against children by the UN estimated that violence is the second leading cause of mortality among young men aged 10-19.

Of course in Northern Ireland, we are also dealing with the enduring effects of the longest running conflict in Europe. A place where violence permeated many aspects of life and to some degree, continues to be normalised today. The Troubles left close to 4,000 people dead and more than ten times that figure injured. Despite being a watershed, 1998 was not the end of violence within communities.

PSNI data suggests an upward trend in violent incidents since 2012 – similar to other areas of the global North. Whilst useful, PSNI data provides only a partial perspective. Data from the Safe Community Survey suggests that incidents could be more than double officially recorded figures.

We also have our own unique set of complex circumstances to navigate. ‘Higher-harm violence’ instigated by organised crime gangs and paramilitaries has continued and in recent months, as tensions rise, paramilitaries have become more active leading to concerns of a rise in criminal exploitation of young people. A recent report by Walsh (2020) found that those living in Republican and Loyalist areas felt less safe than they did in 2017. Further, young people were more likely than adults to agree that paramilitaries had a controlling influence in their communities. And in a 2021 report, research found that those who experienced violent victimisation in NI were at elevated risk themselves of engaging in violence.

Just as in pre-1998, children and young people are a particular group of society who are at an elevated risk of being exploited by these groups, being involved in public disorder, being victims of paramilitary assault and being formally drawn into the justice system.

The UN’s Sustainable Development Goals (SDGs) include 17 priorities to be achieved by 2030. SDG 16 related to peace justice and safe institutions.  This requires states to

Public health approaches have been touted as a potentially useful framework within which state responses can be coherently designed and implemented.

According to the World Health Organisation (WHO), this public health approach to violence prevention seeks to improve outcomes by understanding the underlying risk factors associated with victimisation and perpetration. There is general consensus on the steps involved in such approaches. The first step involves ‘surveillance’-understanding the problem. Secondly, there is a need to understand the causes-identifying the ‘risk and protective factors’. Thirdly, interventions that are directly connected to those risks are designed and ‘implemented’. Once implemented the process of surveillance continues to ‘monitor progress’.

This seems relatively straight forward-right? Not so in practice.  There is significant variability in how people understand and implement a public health approach. Some even ignore key aspects of the framework. In fact, it is rare to find two public health approaches that are implemented in the same ways. Part of this issue may be due to the lack of guidance around the steps required to take the general framework, and implement it in practice.

In NI, The Fresh Start Agreement of 2015 set out a strategic proposal for addressing some of our most challenging issues – issues that continue to badly affect many communities. What was different in this agreement was a commitment to understanding AND responding to the root causes of violence and conflict. The Tackling Paramilitarism Programme (TPP) was established with the task of attaining the recommendations. Within this context, there was great potential for academic/policy/practice partnerships to develop.

In 2019, a TPP supported partnership between Queen’s University Belfast, the Education Authority of Northern Ireland (EANI), the PSNI and a community organisation called Long Tower took this general public health framework and complemented it with insights from violence prevention research, behavioural science and implementation science. The result was a step-by-step process framework known as Common Purpose.

The Common Purpose framework and training provides practical guidance on how to sequentially apply a public health approach. Specific domains of interest include:

Context; a review of activities being implemented; an assessment of  implementation; and the measurement of impact. These domains of interest require participants to engage in four distinct but interrelated steps on a cyclical basis.

Step one involves a critical appraisal of the need. Given the complex issues that are of interest and the often competing (and divergent) organisational priorities, this framework expects alignment on a specific and measurable need. Specific enough so that each organisation fully understands its objective’s meaning, and measurable in that there is evidence that the perceived problem actually exists. In this case, the group were aligned on the following:

Step two then involves understanding the problem. Whilst the public health approach is clear about the ‘what’– the Common Purpose framework provides guidance on the ‘how’.

Within the Common Purpose framework, a social ecological framework is applied to understand what factors are driving problems. These factors are analysed at various levels including the individual, family, community and societal levels. Having a helicopter view of  each specific issue, and the factors driving them is important. Priorities become clearer and importantly, so too is the role of each organisation. In this example a number of priority drivers were established. These included:

From these ‘high-level drivers’ Common Purpose requires that each of these drivers are subsequently analysed in the same way. Through this iterative process, common factors emerge and the partners become more confident in targeting those factors that are more closely related to the specific issue.

Step three involves prioritising these factors and coproducing a response aimed at mitigating them. In this process, terms of reference for the partnership was developed, outreach activities were facilitated, communication channels were formalised, and an ‘agile response fund’ was developed to ensure that resources were easily accessible on a dynamic basis.

Step four involves a review of impact with reference to that defined in earlier steps.  By drawing on relevant and reliable administrative, project level and empirical data, the partnership makes an assessment of how effective their activities were. Some of the key findings in this example include the engagement of more than 8000 young people; a 94% reduction in petrol bombs over a one-year period; a reduction in ‘attenuating energy projective use (5 vs 0).

Violence is complex and requires complex responses by diverse groups and organisations and yet there are few examples of how best to formulate these responses at local level. The  Common Purpose framework and training has significant utility to help communities develop and implement locally defined solutions.

Whilst each community response will vary according to local need, Common Purpose developed a generic theory of change expressed as:

That is, in this context, change is a function of assessed need (n) combined with alignment on the problem (p) including agreement of a set of common values (v) alongside mutually agreed interventions (i) and well defined target areas (t).

This is the first in a series of articles that will outline these policy/practice/academic partnerships and how they are contributing to addressing some of our most enduring and pervasive social issues – violence and youth exploitation.